Mace Neufeld, producer of the “Jack Ryan,” and “The Equalizer” film franchises, died in his sleep Thursday night, a close friend of the producer has confirmed to TheWrap. Neufeld was 93.

According to a biography published by Filmbeat, Neufeld launched his career as an amateur photographer while still in his teens. His first snapshot, of a returning World War II veteran titled “Sammy’s Home”, was widely syndicated and won an award from The New York World Telegram-Sun. The photo was a runner-up for a Pulitzer Prize in 1945, according to a statement provided by his representatives.

A graduate of Yale University, Neufeld first moved into the television business when he took a job with the DuMont Television Network. After a few years, Neufeld formed his own independent television production company and personal management firm, which promoted such comedians as Knotts, Don Adams and Gabe Kaplan. Along with Newman and Diamond, his musical clients ranged from The Captain and Tennille to The Carpenters and Jim Croce. 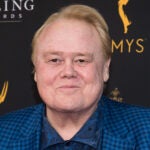 Neufeld’s career moved into television series production in the late 1970s, but by the 1990s he had moved into feature films. He had a production company with Marvin Davis followed by one with Robert G. Rehme, which arranged an exclusive production deal with Paramount. The company went on to spearhead “The Hunt for Red October”, “Patriot Games” and “Clear and Present Danger” based on the bestselling books by Tom Clancy.

Neufeld was “a mentor to many, a passionate collector of art, and an avid pilot,” according to the statement. “But nothing meant more to him than family.”

Neufeld was predeceased by his first wife Helen Katz Neufeld in 1995. He is survived by his loving wife Diane Conn and three proud children, Brad Neufeld, Glenn Neufeld, and Nancy Neufeld Callaway, as well as nine grandchildren and three great-grandchildren, “all of which he considered his greatest works,” the statement said.

Glenn Neufeld was a visual effects supervisor whose lengthy credits include “The Sum of All Fears,” “No Way Out” and “The Core.”