Universal’s Madonna biopic – starring Julia Garner and directed by the singer herself – is not moving forward, a source with knowledge of the matter confirmed to TheWrap.

The news comes a week after the “Material Girl” singer announced a career-spanning, globe-trotting tour, raising speculation about the untitled film’s future. It has languished in development since 2020, when Madonna was set to direct and co-write with “Juno” scribe Diablo Cody. They completed the script in April 2021 despite rumors that Cody had exited the project, according to Entertainment Weekly.

Garner won the leading role in June 2022. The “Ozark” and “Inventing Anna” star was reportedly up against stars like Florence Pugh, Odessa Young, Alexa Demie, Sky Ferreira and Bebe Rexha during the months-long audition process. 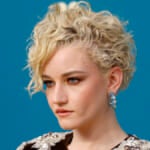 Madonna and Amy Pascal were to produce, with Sara Zambreno and Guy Oseary as executive producers. The singer-actress previously directed a short film and two features, 2008’s “Filth and Wisdom,” 2011’s “W.E.” and “Secret Project Revolution.”

Three days after ticket sales began, the “Celebration” tour sold out more than 35 locations and 600,000 tickets. LiveNation announced that an additional 23 shows will take place in North America and Europe. Madonna remains the best-selling female solo touring artist in history. 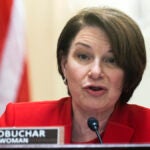