As the beloved “Magic Mike” trilogy comes to an end with “Magic Mike’s Last Dance,” director Steven Soderbergh plans to soak in the finale by ending the upcoming movie with a 30-minute dance sequence.

“We wanted to blow the dancing up in a big way,” Soderbergh told Empire in an interview published Wednesday. “We have this dance number with Channing and Salma [Hayek] right up front. And then the last 30-plus minutes of the movie are just this giant dance sequence.”

Slated for a Valentine’s Day weekend release in 2023, Channing Tatum reprises his role as “Magic” Mike Lane in the last film in the trilogy as his romance with a monied older woman encourages him to bring his act to London where he must find new dancers and construct a show from the ground up. 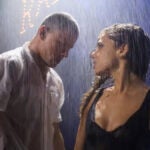 To remain authentic to the film’s location, Soderbergh filmed at the Clapham Grand in London, which he calls a “lovely old theatre.” “That was fun,” Soderbergh recalled. “There’s not a bad angle to be had in that place.”

Despite the entertaining acts that make up different parts of the movie, Soderbergh was challenged to shake up his filming techniques for each dance sequence.

“My job is, how do I make each one of these distinct?” he said. “I can’t shoot them all the same way, I have to come up with a different approach for each dance. And that was really the challenge.” 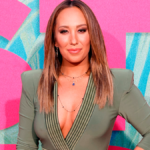 Also Read:
Cheryl Burke ‘Would Definitely Love’ to Replace Len Goodman as a ‘Dancing With the Stars’ Judge

“The first film was a fairly straightforward rendering of a set of characters who exist in a certain milieu that hasn’t changed since its inception,” Soderbergh said. “The second film was pushing out a little bit to talk about what women are looking for on a night out in which fantasies and sexuality are explored – and how do you retain a sense of mystery, while still existing in an environment in which things like permission and consent are front and centre?”

Then enters “Magic Mike’s Last Dance,” which delves into topics previously unexplored by the trilogy, including dynamics when Mike is in a relationship.

“The third film just really dives into this in a much bigger way, partially because for the first time we see Mike in a relationship,” Soderbergh continued. “So that just allows for a dynamic and a set of discussions that we haven’t had access to, prior to ‘Magic Mike’s Last Dance.'” 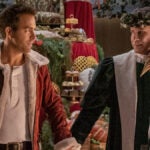