Magic Johnson, Shaquille O’Neal and Kareem Abdul Jabbar are sharing their stories of being part of the Lakers dynasty in the new teaser for Hulu’s “Legacy: The True Story of the LA Lakers,” which dropped Monday.

Hailing from director and executive producer Antoine Fuqua, the new series aims to capture the rise and success of one of the most dominant and iconic franchises in professional sports by featuring exclusive access to the Buss family and revealing interviews with players, coaches and front office executives.

When charismatic real estate tycoon Dr. Jerry Buss purchased the Lakes in a risky and complex business deal, he faced a legion of doubters. But Buss pioneered the business of basketball by kicking off the “Showtime” era in 1979. He raised the price of floor seats, introduced dancers and a live band, opened an exclusive private club inside the arena and cultivated famous fans in Hollywood. Buss established an aura of excellence and prestige around the Lakers, bridging the gap between sports and entertainment. 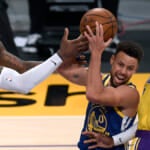 Also Read:
L.A. Lakers’ LeBron James Is the Most In-Demand NBA Player – Beating Everyone in the Finals | Charts

Over the last 40 years, the Lakers have captured 11 NBA finals and retired the jerseys of some of the league’s most legendary players. In that time, Buss’ original $67.5 million purchase of the Lakers has grown into a $5.5 billion franchise. But that success was hard fought. Along with notorious feuds, career-ending illnesses and a bevy of insurmountable on-court obstacles, the Lakers have also weathered off-court family drama.

“Legacy: The True Story of the LA Lakers” looks to unfurl of tale of family, business and power — and how all three must be harnessed to achieve greatness. The series is executive produced by Lakers CEO and controlling owner Jeanie Buss (Jerry’s daughter). Other executive producers on the docuseries include Haven Entertainment’s Kevin Mann, Michael Mann and Brendan Bragg, Los Angeles Media Fund’s (LAMF) Jeffrey Soros and Simon Horsman and longtime Lakers senior executive Linda Rambis. Rounding out the team are Emmy Award-winning editors Jake Pushinsky and executive producer/writer Steven Leckart.

Hulu’s docuseries follows the drama/comedy HBO’s “Winning Time: The Rise of the Lakers Dynasty,” which premiered earlier this year, and the Apple TV+ doc “They Call Me Magic.” 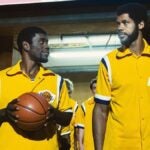