Unscripted competition series continue to be a point of emphasis for major streaming services and it’s no different for Prime Video, which will debut the third season of “Making the Cut” on August 19, the streamer announced Tuesday.

Season 3 will feature 10 designers from across the world who will compete for the $1 million prize and a mentorship with Amazon fashion. 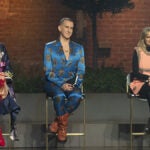 The 10 designers competing this time are:

Ciara Chyanne Morgan (Watts, Los Angeles California): A self-taught designer who took extended fashion courses at OTIS College of Art and Design, the Fashion Institute of Design and Merchandising, Woodbury University, and has a degree in sales and marketing from HBCU Tuskegee University.

Curtis Cassell (Brooklyn, New York): Founder and designer of the nonbinary label Queera, Cassell launched his brand in New York City circa 2020 after studying graphic design at Columbia College Chicago, and graduated with a degree in interior architecture from The Illinois Institute of Art – Chicago.

Gabriella Meyer (Chicago, Illinois): An LA-based artist, Meyer creates readymade and custom streetwear with a rarified style through her brand DENIMCRATIC while relying on recycled materials and novel denim techniques. 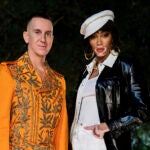 Jeanette Limas (Philadelphia, Pennsylvania): Born in the Dominican Republic, Limas began her education there at the Mercy Jacquez Institute, studying patternmaking. Later, she enrolled in the prestigious School for the Arts, Altos de Chavón.

Markantoine Lynch-Boisvert (Montreal, Canada): From Shawinigan, Quebec, to Montreal — with a quick pitstop in Los Angeles — Lynch-Boisvert is the eclectic mind behind conceptual skate-wear brand MRKNTN.

Rafael Chaouiche (Curitiba, Brazil): A fashion designer with an eclectic personality, working to establish an exciting career in Brazil, Chaouiche’s eponymous brand is inspired by strong women and his bold designs and mix of colors, fabrics and sculptural cuts.

Sienna Li (New York, New York): Born and raised in China, Li is a full-time fashion designer based in New York City, whose work has been featured in magazines and online editorials such as Vogue Italia, Harper’s Bazaar,and L’OFFICIEL.

Yannik Zamboni (Zurich, Switzerland): Zamboni and his brand believe that sustainability is divided into four important spheres: ethical and moral, socio-political, ecological, and economical, which must all be respected and adhered to. 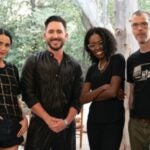 Also Read:
How ‘Making the Cut’ Finalists Balanced Inspiration and Their ‘Wildest Thoughts’ With a Budget

Limited editions of the winning looks will be available for purchase exclusively in Amazon Fashion’s “Making the Cut” store, as they have in previous seasons.

Season 3 will air two episode each week, culminating in a September 9 finale.

“Making the Cut” is executive produced by Sara Rea, Sue Kinkead, Klum, Gunn and Jennifer Love, and is produced by Hello Sunshine and Amazon Studios.