Country music star Maren Morris apologized for country music’s relationship with the LGBTQ+ community as she fulfilled her “decade-long dream” of being a guest judge on “RuPaul’s Drag Race.”

“Coming from country music and its relationship with LGBTQ+ members, I just want to say I’m sorry,” Morris told the “Drag Race” queens with teary eyes in a post-episode “Untucked” clip, which you can see in the Instagram embed below. “I love you guys for making me feel like a brave voice in country music. So I just thank you guys so much for inspiring me.” 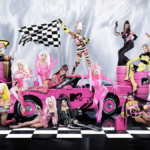 Morris has been a fierce advocate for the trans community, most recently demonstrating her allyship when she took a stand against Jason Aldean’s wife, Brittany, after she spread harmful misinformation about trans people on her Instagram last summer.

“I’d really like to thank my parents for not changing my gender when I went through my tomboy phase,” Brittany Aldean captioned an Instagram post in Aug. 2022. “I love this girly life.”

After musician Cassadee Pope took to her Instagram story to denounce Aldean’s comparison of “someone’s ‘tomboy phase’ to someone wanting to transition,” Morris clapped back at Aldean by responding, “It’s so easy to, like, not be a scumbag human? Sell your clip-ins and zip it, Insurrection Barbie.” 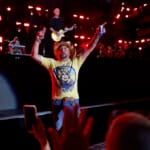 The feud didn’t stop there though, as Morris fought back against subsequent comments from conservative commentator Tucker Carlson calling Morris a “lunatic country music person” by throwing Carlson’s words back at him with a t-shirt that read “Maren Morris Lunatic Country Music Person.” Morris later announced that the sales raised $100,000 that would be donated to GLAAD’s Transgender Media Program and Trans Lifeline.

“We love an ally!” the show’s official Instagram account tweeted. “So grateful @marenmorris stopped by #Untucked to support our Queens with this heartfelt message.”