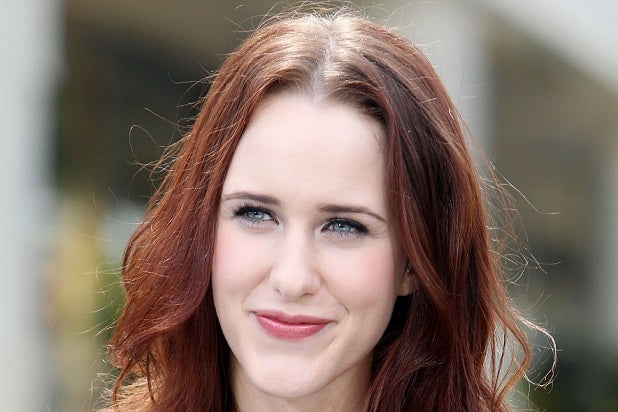 Rachel Brosnahan is moving from “Manhattan” to Masada.

The “Manhattan” actress has been cast in Mark Burnett and Roma Downey‘s upcoming CBS miniseries “The Dovekeepers.”

The miniseries, which will premiere next year, is based on Alice Hoffman’s historical novel about four extraordinary women whose lives intersect in a fight for survival at the siege of Masada. Set in ancient Israel, the project is based on the true events at Masada in 70 C.E. After being forced out of their home in Jerusalem by the Romans, 900 Jews were ensconced in a fortress at Masada, a mountain in the Judean desert. Besieged at Masada, the Jews held out for months against the vast Roman armies.

Brosnahan will play Yael, described as “a uniquely beautiful and fearless young woman whose mother died in childbirth, and whose father forever blames her for that loss.”

During the dangerous journey that Yael and her father make together through the desert, Yael has a whirlwind romance which will haunt her life even after they arrive at Masada. Even so, Yael is able to find comfort from her supportive warrior brother, Amram (“Rock of Ages” star Diego Boneta), and kinship from her fellow dovekeeper, Shirah (Cote de Pablo), as these two extraordinary women fight for survival in a crumbling world.

“It gives me such excitement to announce that Rachel Brosnahan will play the fierce and beautiful, Yael in ‘The Dovekeepers,'” executive producer Downey said of the casting. “I really admire Rachel’s work and find her to be one of the most exciting young actresses of our time. I have no doubt that she will bring courage and dignity to this unique character.”

In addition to the WGN America drama “Manhattan,” Brosnahan will be featured in the HBO miniseries “Olive Kitteridge.” Her television credits also include “House of Cards,” “The Black List” and “Black Box.”