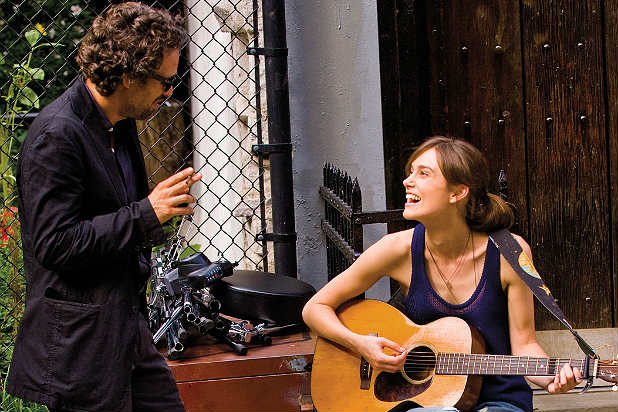 Alas, audiences will now never find out whether a song can save their lives.

Filmmaker John Carney’s 80’s -set musical drama “Can a Song Save Your Life?” was the big hit at last fall’s Toronto International Film Festival, garnering a standing ovation and the biggest deal of TIFF: $7 million and a rumored $20 million marketing budget from The Weinstein Company. Apparently, the belief was that the movie, which stars Mark Ruffalo and Keira Knightley, would be easier to market with a new title.

Now, the movie will be known as “Begin Again,” and will begin its public push under that name as the closing night picture at the Tribeca Film Festival on April 26.

About a pair of musicians (Knightley and Adam Levine) who move to New York, and the rise and fall of relationships that follow their move to the big city (that’s where Mark Ruffalo comes in), the film closes a festival that will be kicked off with “Time is Illmatic,” a documentary about NYC rapper Nas.

“This beautiful music infused New York story encompasses the spirit of Tribeca where music, film and performance play such a key part of this year’s program,” Jane Rosenthal, CEO and co-founder of the Tribeca Film Festival, said in a statement. “To be able to work with our neighbor and dear friend Harvey Weinstein and The Weinstein Company to bring this film to U.S. audiences for the first time is a bonus for our entire community.”

This year’s festival slate is led by films written by Joss Whedon and Nicole Holofcener, as well the directorial debut of actors Courteney Cox and Chris Messina. Other stars with films in the festival include Elizabeth Banks, Aubrey Plaza, Robin Williams, Max Greenfield, and more.