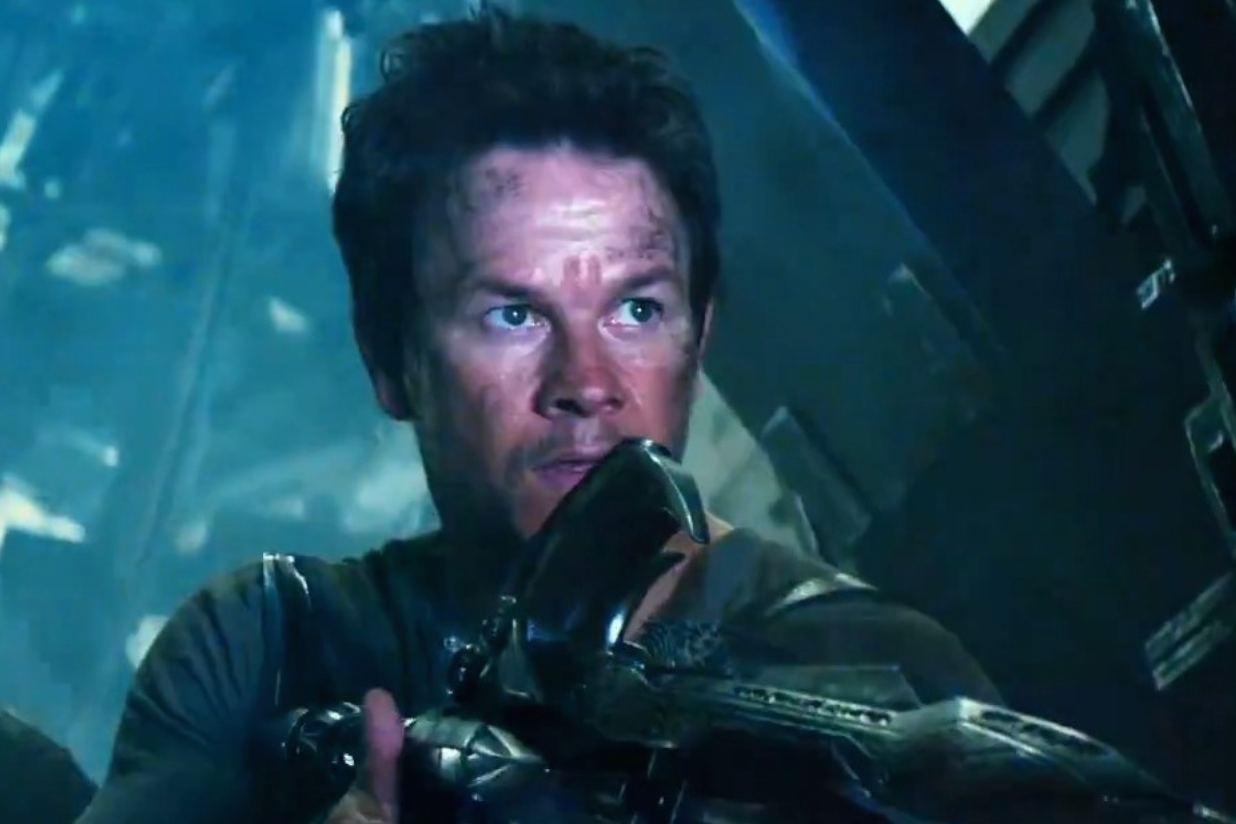 The most important person at Paramount Pictures’ CinemaCon presentation on Monday night wasn’t even at the Colosseum at Caesar’s Palace where the studio took the stage to convince theater owners they had the goods to deliver a record-breaking summer at the box office.

No, Michael Bay, the hyperkinetic purveyor of decibel bursting action, was busy putting the finishing touches on “Transformers: Age of Extinction.” His presence loomed large, however. Not only in the extended look at the sequel, but in two other projects that Paramount assured exhibitors would appeal to teenage moviegoers — a reboot of “Teenage Mutant Ninja Turtles” and the found-footage horror film “Project Almanac,” both of which Bay produced.

“Michael Bay…is committed to making sure young audiences have a reason to flock back to your theaters,” Paramount’s vice-chairman Rob Moore said.

In what some critics may consider a threat, Moore went on to say that the studio will “continue to bring the best that Michael Bay has to offer.”

Bay’s absence didn’t rob the Vegas-based gathering of exhibitors and distributors of star power. Mark Wahlberg, who will be anchoring the fourth “Transformers” film now that Shia LaBeouf has retreated into non-famehood, strutted across the stage to share an extended look at the probable blockbuster.

“It is bigger and better than the other three combined,” Wahlberg said, going on to predict that the film would be the biggest hit of 2014.

The twenty minute sneak peek was perhaps the most extensive look yet at the sequel. Wahlberg plays a fiercely protective father and down on his luck inventor who happens across a broken down truck. The discovery that the rust-encased automobile is actually a Transformer sets the stage for a massive battle in a country road pitting Autobots against Decepticons. From there, the action hurtles across the globe, as men battle machines, usually to the detriment of urban planners. There was no glimpse of any Dinobots (a fan favorite, rumored to make their first cinematic appearance in this chapter), but Kelsey Grammer featured prominently as a silky voiced and menacing government agent.

In addition to setting up the footage, Wahlberg shared some personal memories with the crowd, as his 10-year old daughter accompanied him to the stage. The last time he was in Las Vegas he said was a decade ago to preview footage of “The Italian Job.” He noted that his wife was pregnant with his daughter at that time.

“This is her first time in Vegas and hopefully her last,” he joked.

Paramount trotted out other big guns in a light-hearted hour and half long show. “Arrested Development” co-stars David Cross and Will Arnett raced across the stage on Segways to unveil new footage from “Teenage Mutant Ninja Turtles,” despite the fact that Arnett joked he was barely in the teaser.

The film offers up a grittier version of the turtles, who find themselves tasked with cleaning up a crime ridden city and partnering with April O’Neil (Megan Fox).

Perhaps the biggest crowd-pleasing moment of the presentation belonged to Dwayne Johnson, who whipped the crowd up by regaling them with tales of the physical transformation he endured to play the lead in this summer’s “Hercules.” It involved working out constantly, and donning a wig, a beard and, he joked, a prosthetic penis at the insistence of Rob Moore. He didn’t need any help with that particular appendage he assured the crowd to catcalls.

As for “Hercules,” the preview saw the son of Zeus locked in mortal combat with lions, wild boars and hydras, before uttering in dramatic fashion, “I am Hercules.”

Paramount doesn’t make as many movies as many of its other competitors, preferring to space out a few big bets along the calendar. Moore seemed to think its upcoming slate of summer releases will keep the studio and Bay, perhaps the most important figure on its lot,  busy for long into the future.

This summer, audiences will decide if those words were prophetic or misguided.