(Warning: Spoilers for the Season 1 finale of “Marvel’s What If…?” follow below)

The entire premise of Marvel Studios’ first animated series “Marvel’s What If…?” is imagining scenarios that didn’t happen in the Marvel Cinematic Universe we know and love, but the Season 1 finale episode hinted at how the live-action MCU might be bringing back some fan-favorite characters in the future – specifically ones who died in “Avengers: Endgame.”

While each episode of “Marvel’s What If…?” explored a different area of the multiverse – from a timeline in which Peggy Carter took the super-soldier serum to a world in which T’Challa was Star-Lord – Episode 9 brought together various characters from different timelines to battle one formidable foe.

It goes back to Episode 8 of the series, which imagined a world in which Ultron gained control of Vision as planned and then came into possession of the infinity stones when he laid waste to Thanos, after which he set about destroying every corner of the multiverse. The Watcher (voiced by Jeffrey Wright) finally decided to intervene, bringing an exiled Doctor Strange (Benedict Cumberbatch) with him to put together a team. No, not the Avengers. The Guardians of the Multiverse. 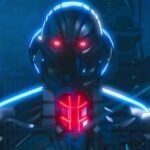 Also Read:
Here’s the Full Voice Cast for ‘Marvel’s What If…?’ Episode 8

And so “What If?” Episode 9 brought together Captain Carter (Hayley Atwell), Star Lord T’Challa (Chadwick Boseman), Gamora (Cynthia McWilliams), Killmonger (Michael B. Jordan), Thor (Chris Hemsworth), and Doctor Strange (Cumberbatch) to square off against Ultron in an episode-long battle inside the multiverse.

This battle eventually brought them back to the universe that was overrun by zombies – the one in which Natasha Romanoff (Lake Bell) is the only human left alive. She joined the team and helped in the fight, and once the Guardians were victorious, The Watcher dropped her into a universe in which another Black Widow had died, inserting her into a battle against Loki alongside Captain America and Nick Fury. Thus this universe without a Black Widow gained one, and a Black Widow needing a home found somewhere to live happily.

This is a relatively minor moment, but one that could have major ramifications on the MCU at large. We know from the Disney+ series “Loki” that the multiverse has now broken wide open, and it’s poised to break even further in this December’s feature film “Spider-Man: No Way Home,” which drops Tom Holland’s Peter Parker into other universes after a Doctor Strange spell goes awry.

But this episode of “What If…?” – which was produced by Marvel Studios and is considered MCU canon – shows exactly how the multiverse could pave the way for characters who are no longer living in the MCU to come back. Specifically Scarlett Johansson’s Black Widow and/or Robert Downey Jr.’s Tony Stark.

Johansson recently had a public battle with Disney over backend profits for “Black Widow,” but in the statement released after the two sides settled, Johansson said she looked forward to continuing her collaboration with Disney “in years to come.” Similarly, Disney said it looked forward to “working together on a number of upcoming projects.” That includes an already-announced movie based on the Disney theme park attraction “Tower of Terror,” but it could also easily include a return to the Marvel Cinematic Universe despite the fact that her character tragically sacrificed her life in “Avengers: Endgame.”

Indeed, if the multiverse is cracking open, that means there exists a universe in which Johansson’s Black Widow didn’t die. As we’ve seen in “What If…?” there are any number of different scenarios that exist across the multiverse, so if Marvel Studios and Johansson were to come up with an idea worth exploring that involved bringing Black Widow back, Johnasson could reprise her role as Natasha Romanoff on screen – perhaps even in a vastly different form.

Robert Downey Jr. is another possibility, albeit less likely. Downey’s Marvel contract came to an end with “Avengers: Endgame” and the star hasn’t signaled a desire to return to the MCU in the future, but the possibility is certainly there. The same is true with Chris Evans, whose Captain America exited the MCU in “Avengers: Endgame” to live out the rest of his life with Peggy Carter by traveling back in time to the 1940s. With the multiverse, however, there are any number of variations on Steve Rogers that could be explored should Evans be interested in returning, as was reported back in January 2021.

All of this to say, while the “What If?” Episode 9 ending brought a season of an animated series to a close in a satisfying way, it also hinted at the kinds of roads the live-action MCU might be going down in the near or distant future as Marvel Studios plots its post-“Endgame” roadmap. In the immediate future that includes new franchises like “Shang-Chi” and “Eternals,” but December’s “Spider-Man: No Way Home” and March 2022’s “Doctor Strange in the Multiverse of Madness” promise to expand the multiverse idea even further. Quite literally anything is possible.