Days after Cross Creek Pictures acquired a spec script about the life and career of conservative news mogul Matt Drudge, another Drudge biopic appears to be in the works.

Jeff Kwatinetz’s Prospect Park has acquired the rights to “The Drudge Revolution” from author and journalist Matthew Lysiak and intends to develop it into a feature film, according to CNN. Lysiak also wrote the script for the film based on his book about the Drudge Report founder.

Ben Hurwitz is overseeing the project. 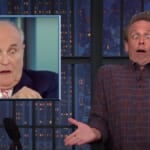 Also Read:
Seth Meyers Rips Rudy Giuliani for Being Drunk on Election Night: ‘Wish I Could’ve Seen the Rest of That Deposition’ (Video)

The book “The Drudge Revolution” from 2020 has the full subtitle: “The Untold Story of How Talk Radio, Fox News, and a Gift Shop Clerk with an Internet Connection Took Down the Mainstream Media.” It includes interviews with Drudge’s friends and former Drudge Report editor Joseph Curl, details of his relationship with Andrew Breitbart as well as claims of emails that Drudge sent to the Trump campaign back in 2016.

“At its heart, Matthew’s brilliant script is both a fascinating character portrait of a troubled and fearless man full of contradictions, and a deep dive into the disruptor who used the internet to challenge and break up the American Elite’s narrative,” Hurwitz told CNN in a statement.

Last week, Cross Creek Pictures acquired the rights to a 2018 Black List script called “Drudge” by Cody Brotter to be produced by Tyler Thompson for Cross Creek. According to the Black List logline, Brotter’s script detailed “the story of how oddball internet reporter Matt Drudge broke the Lewinsky Scandal and nearly took down a presidency, all from a desktop computer in his one-bedroom apartment in Hollywood.” 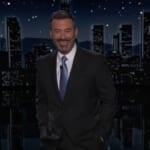 Also Read:
Kimmel Jokes Jan 6 Hearings Prove ‘Donald Trump Did All the Things We Saw Him Do (Video)
x