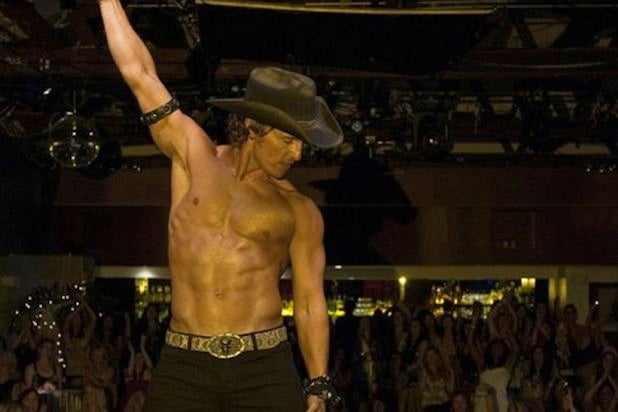 Matthew McConaughey‘s stripping days are behind him.

The Oscar winner’s publicist told TheWrap that he will not return for the “Magic Mike” sequel, because his schedule did not permit due to his involvement in Gus Van Sant‘s upcoming drama “Sea of Trees.”

Although his representative added that this is “old news,” McConaughey’s definite departure from “Magic Mike XXL” began circulating on the web on Wednesday after The Playlist published an article citing director Greg Jacobs as the source of the news.

McConaughey’s absence is surprising to fans of the 2012 comedy because star Channing Tatum had previously said the entire cast would be returning, and McConaughey’s character, Dallas, was certainly a favorite.

While speaking to TheWrap at the Toronto International Film Festival, however, Channing did mention that one key cast member had pulled out, and the departure was causing a delay in production.

“Magic Mike XXL” is set for a July 1, 2015 release date, and will follow the male strippers as they road trip to a series of stripper conventions — a plot Tatum said was inspired by “crazy” experiences during his own dancing career.

See video: Matthew McConaughey ‘Will Find a Way’ to Save Humanity in New ‘Interstellar’ Teaser

McConaughey, who won his first Oscar earlier this year for his performance in “Dallas Buyers Club,” will next be seen in Christopher Nolan‘s space adventure “Interstellar.”