Francis Ford Coppola is rounding out the stacked cast of his upcoming big-budget independent feature “Megalopolis” with his sister Talia Shire, Shia LaBeouf, and his nephew Jason Schwartzmann.

Details are being kept under wraps, but the film’s official logline reads: “The fate of Rome haunts a modern world unable to solve its own social problems in this epic story of political ambition, genius, and conflicted love.” 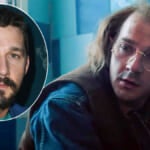 Also Read:
Shia LaBeouf Says He ‘Wronged’ His Father by Depicting Him as an Abuser in ‘Honey Boy’

The “Godfather” filmmaker will write, direct and self-produce the film from a budget clocking in at just under $100 million. Production will begin this fall.

Shire appeared in all three “Godfather” films as Connie Corleone, earning an Oscar nominee for her performance in “Part II.” Fishburne is a frequent Coppola collaborator, having acted in five of his films starting with “Apocalypse Now.” Voight starred in the director’s 1997 legal drama “The Rainmaker.”

LaBeouf, who has not appeared onscreen in a major role since FKA Twigs sued him for sexual battery and abuse in 2020, recently made headlines for retracting the depiction of his father as an abuser in his 2019 film “Honey Boy.” His fallout with “Don’t Worry Darling” director Olivia Wilde also drew widespread attention. He’ll next co-star with “Godfather” alum Robert De Niro in crime drama “After Exile.” 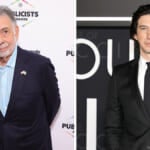