A sequel to the recent hit horror film “M3GAN” is now in development with a release set for Jan. 17, 2025, Universal Pictures, Atomic Monster and Blumhouse said Wednesday.

Released earlier this month, “M3GAN” has become the first box office hit of 2023, grossing $91.9 million at the global box office against a $12 million production budget. 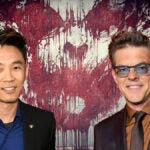 The film stars Williams as Gemma, a workaholic roboticist who struggles to raise her niece Cady (McGraw) after her parents died in a car accident. She believes her problems are solved when she finishes designing “M3GAN,” a humanoid doll with artificial intelligence who becomes a friend and protector to Cady. But that changes when M3GAN begins taking her prime directive to protect Cady to murderous extremes.

“M3GAN” is the first co-production between Atomic Monster and Blumhouse released since the two companies announced plans to merge this past November. Negotiations for the merger are still ongoing but if completed would see James Wan move from Warner Bros. and New Line Cinema, where he has developed the box office hit “Conjuring” franchise, to Universal Pictures, which has a long-standing production partnership with Blumhouse.

Williams, who starred on the HBO series “Girls” and in Jordan Peele’s Oscar-winning “Get Out,” will next appear on the Showtime series “Fellow Travelers” alongside Matt Bomer. She is represented by CAA, Untitled, and Frankfurt, Kurnit, Klein & Selz. 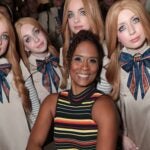