A judge in Los Angeles has ruled against “Erin Brockovich” producer Michael Shamberg after he sued the American Academy of Motion Picture Arts and Sciences, claiming that the Oscars organization violated its bylaws by not allowing a membership vote on his plan for a revised social media strategy.

In a Tuesday ruling obtained by TheWrap, Judge H. Jay Ford III of the Superior Court of Los Angeles County wrote that the court won’t interfere or scrutinize the bylaws of a private, voluntary organization “unless there has been an abuse of discretion and a clear, unreasonable and arbitrary invasion of private rights.”

“Under these circumstances, the Court exercises judicial restraint and declines to substitute its judgment for that of a private organization on a matter that is best left to that organization,” the judge wrote. 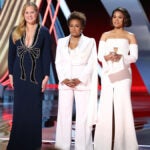 “Today’s ruling in favor of the Academy is on the technical ground that member rights are not a matter for the court,” Shamberg said in a statement to TheWrap in response to the ruling. “The judge termed it ‘a close call.’ The fact that the Academy wasted legal fees on a $1000 an hour law instead of simply voting on positive ideas shows the board cares more about protecting their insular and secretive decision-making than figuring out the future.”

Representatives for The Academy did not respond to a request for comment.

Shamberg sued the Academy in July 2020 after accusing them of rejecting his proposal without following their rules. In January of that year, he had met with Academy leadership to propose amending AMPAS’ bylaws to include “state of the art social media” and “an annual member survey” in order to address what he says are the declining “relevance” of the Oscars. He had also argued in a conversation with TheWrap that the Academy did not have the equivalent of a shareholders meeting and should more regularly consider member proposals. 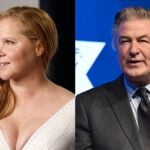 In his statement in response on Tuesday, Shamberg continued to slam the declining relevance of the Oscars in the 21st century and the show’s declining ratings over the last decade (March’s 94th Academy Awards rebounded 69% from an all-time low in 2020).

“Academy management needs to be held accountable to the members. Right now, an executive recruiting firm is interviewing candidates to be the new CEO. But the job posting has never been sent to us members for comment even though the new CEO will determine the Academy’s future. In a few months, there will be another secret election for a new Academy President without the candidates explaining what their vision is,” he said. “Since I began my campaign to make the Oscars relevant again no one has stepped up to publicly defend the Academy. I have received much private support. I look forward to an Academy spokesperson explaining how they benefit from today’s decision.”