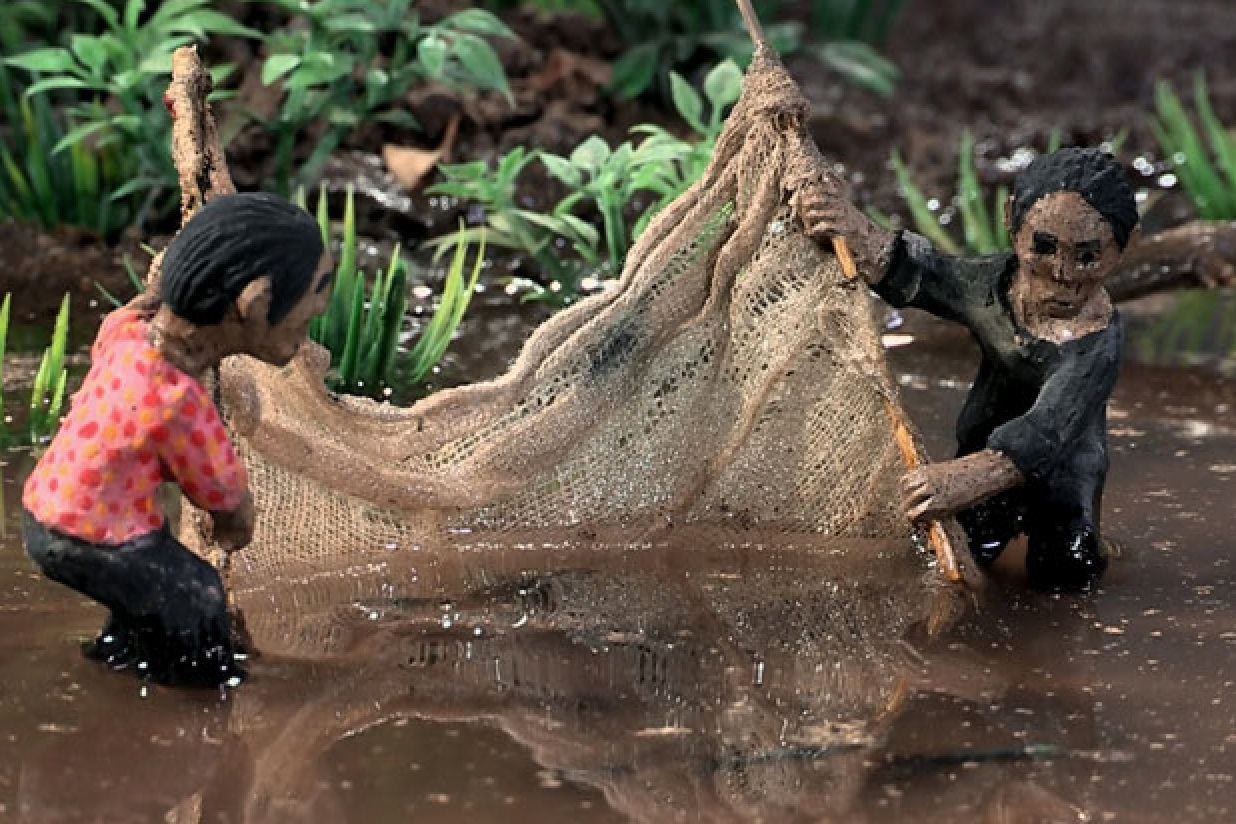 Cambodian filmmaker Rithy Panh turns his camera on his country’s legacy of genocide in “The Missing Picture.”

Part essay, part documentary, the film recounts his struggle to survive the Khmer Rouge and its extermination of an estimated 1.8 million people.

Panh’s family was among the victims. After being forced into rehabilitation camps, his parents and siblings died of starvation or overwork. Archival footage is limited, so Panh tells their story with clay figurines.

TheWrap spoke with Panh who is up for a Best Foreign Language Oscar about how filmmaking can be an act of memory and defiance.

Why did you decide to tell this story with clay figures?
I was trying to find photographs of the executions, but of course no one photo can explain genocide. That search brought me back to my childhood home, which I had never returned to since the Khmer Rouge deported us. It’s transformed into a karaoke parlor and brothel. So I asked my assistant to construct a model.

He asked me if we should do figurines of wood or stone, and I liked the idea of doing like we did as children and creating models out of clay. There was something powerful and poetic about having them come from the earth. The earth has a soul. When we pray to a Buddha [statue], it’s not a piece of stone. It’s a soul beneath the statue. For us, each object, each piece of earth, each tree has a spirit.

You’ve grappled with the Cambodian genocide in films before, but you haven’t shared your personal story. Why was it time to dramatize your experience?
Every day when I sleep I talk with the dead. I am alive today because people helped me. Maybe I took somebody else’s place. I have a duty to restore their dignity and to show that these people resisted the Khmer Rouge.

When you live through a genocide, you cannot stop hearing the sadness inside your mind. Time passes, but the pain becomes more precise.

There is a recurring image of a wave in the film. What were you trying to evoke?
A wave can wash things away, but sometimes it feels like you’re sinking in this deep water. For me, filming is the difference between learning to live again and drowning.

Your film relies heavily on propaganda footage produced by Pol Pot’s regime. You seem determined to use film to shine a light on the past, but don’t the Khmer Rouge films show that film can also distort truth?
Propaganda films may tell you what to think, but the images work against the ideology. When you look at the Khmer Rouge films they want you to have this idea that you fight and live in totality and equality. They want to say we’re democratic. We’re free. Yet the images are saying something different. The people don’t talk together. There’s no love, no smiling, just work, work, work.

It’s just a fascistic way to appreciate reality. I try to let people make their own conclusions.

How have Cambodians responded?
When I started making films 25 years ago, my generation did not want me to show this pain again. Now, their children watch ‘Missing Picture’ so they can know what happened to their grandparents. Art and cinema can open a space between the two generations where they can talk together about this story.