2006 was a golden year for young adult films: “Step Up,” “She’s the Man” and “John Tucker Must Die” to name a few. There was also “Stick It” starring Missy Peregrym as Haley Graham, a young gymnast rebelling against the sport and all it stands for as she recovers from how it traumatized her family. Today, “Stick It” turns 15 years old.

The film was directed by Jessica Bendinger, who was just coming off of writing “Bring It On.” Much like that movie, “Stick It” was cheeky and lovable, and over the years has carved out it’s own spot in the hearts of millennials. These days, you can watch Missy Peregrym still kicking butt, this time as an FBI agent in CBS’ “FBI,” but she still remembers playing Haley Graham quite clearly.

“It feels like so long ago, like it wasn’t even my life, at this point,” Peregrym tells TheWrap, sitting down to reflect on the legacy of the film. “I’m really proud of that movie. I was so lucky that I had the opportunity to do it. I shouldn’t have gotten to do it. I mean, everything was against me.”

As it turns out, Peregrym was always director Jessica Bendinger’s first choice for the role of Haley Graham, but it took some fighting with the studio. At that point, Peregrym had never done a movie, and her previous television roles were all as part of an ensemble rather than a lead. “Totally fair,” she noted of their hesitation. 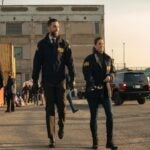 The studio didn’t even send Peregrym the script; that came directly from Bendinger’s agency. According to Peregrym, Bendinger discovered her thanks to DVR.

“She was recording gymnastics on television, and you know how it goes over into the next program a little bit? I don’t even know if it does that anymore, but it used to,” Peregrym says. “And the show that I was doing was on afterwards, and that’s how she knew about me. A snippet of a TV show I was doing.”

That’s not to say the studio didn’t want her at all though. During the casting process, Peregrym was offered the role of mean girl Joanne Charis while the hunt continued for a Haley. But Peregrym wasn’t interested.

“I was like ‘Sorry, I don’t feel connected to her at all. That’s okay.’ And I said no,” Peregrym reveals. “I’m a very firm believer — I have to be because that’s what’s happened in my life — that you get the role that you’re supposed to get.” The role of Joanne eventually went to Vanessa Lengies.

Bendinger continued to fight for Missy Peregrym and now, 15 years later, it’s hard to imagine anyone else playing either character. And for Peregrym, it led to an opportunity to play another iconic character that year.

“Right after ‘Stick It,’ the director was really excited about me for ‘Step Up,'” Peregrym divulges. “And I had SUCH a hard time time with ‘Stick It.’ The training was so rigorous, the film was exhausting to make. So I was like ‘I don’t have it in me to be a dancer now. I’m not a dancer!’ I’d have to relearn everything, there’s just no way.” 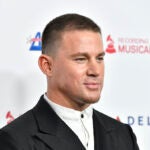 Even with that hesitance, Peregrym took the meeting and read for the role of Nora Clark, which would eventually be given to Jenna Dewan.

“Cut to, I’m now in a room with Channing Tatum. Babe. I’m sitting there and I’m like ‘What’s happening right now?’ and I’m reading with him, and then I have to do this dance thing. And I turned it down. And for so long I was like ‘I could’ve been married to Channing Tatum,'” Peregrym recalls with a laugh. “I just was too tired. I was too tired. And they came out at the same time and I remember thinking ‘Who’s gonna believe me?!'”

That said, she did have a strong leading man in “Stick It” — he was just a bit older. Jeff Bridges played the part of Burt Vickerman, Haley’s begrudging coach. Looking back on having him as her primary scene partner, Peregrym recalls being absolutely terrified.

“I mean, Jeff Bridges scared the crap out of me because I was like ‘I’m gonna ruin his career, I hope I don’t take down his career.’ You know? Like, I don’t want to be the fail movie in his line-up of things he’s doing,” Peregrym admits. “I was so nervous to work with him [but] he was really lovely. He was so professional and available and open. Now that I know more about working with other people, there was ZERO ego with him. He was there to learn everything that he could about gymnastics. I don’t know how to describe it. He was Jeff Bridges.” 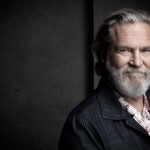 Ironically, as Burt Vickerman — Vick, for short — Bridges’s character was almost all ego at the start of “Stick It.” But, as the movie went on, he became an unexpected ally to Haley, helping her to rediscover her love of gymnastics, while simultaneously being humbled by her bluntness.

For Peregrym, that was the real draw of “Stick It”. It was so different than most of the movies coming out that year.

“Really, when you’re starting out as a young girl, the jobs you’re getting, everything’s about being sexy or you’re in a horror film and you’re getting killed sexy,” she says. “Everything’s about showing your body or being the girlfriend, which is why ‘Stick It’ was so exciting to me. Because it had nothing to do with a relationship. I had my friends.”

Granted, Peregrym did have moments showing off her body in “Stick It.” Those falls? All her. That ice bath? 100 percent real ice. Her abs during that ice bath? Not a stunt double. (Though Peregrym notes that while everyone was staring at her abs during that scene she tends to focus on her nostrils flaring in that moment, because she insisted on doing the scene with real ice, something she’d never done before which she immediately regretted).

In fact, Peregrym worked her body so hard that one day on set, she actually needed professional help in relaxing her muscles. “I got kind of like momentarily stuck in my body. Jessica had to bring in her acupuncturist, and in the makeup and hair trailer I had to lay down on this thing and they had to release my muscles in my body so we could continue filming the second half,” Peregrym says. 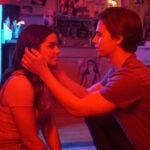 Also Read:
‘She’s All That’ Remake Lands at Netflix

Still, she says it was worth it. Because, at the end of the day, the movie was always more more about showing off her strength, and the strength of gymnasts in general.

“It was a much greater story for Haley. It was deeper than that,” she continues. “It was about real stuff and I think that’s also why it holds up, is because the deeper story is about healing through a family trauma and finding who you are and being able to go back to those places that you loved, even if it was destroyed by someone or something else. It’s a great story.”

Indeed, “Stick It” is one film that hasn’t aged poorly over the years. In fact, it’s continued to bring in new audiences. According to Peregrym, she still gets stopped on the street for it, and for that, she’s eternally grateful.

“It’s such an honor that so many people have seen it and loved the movie, and I’m still really proud of it,” Peregrym says. “It’s been such a blessing in my life and I’m just thrilled that it’s brought so much joy to other people’s lives. I mean that’s why we do this.”