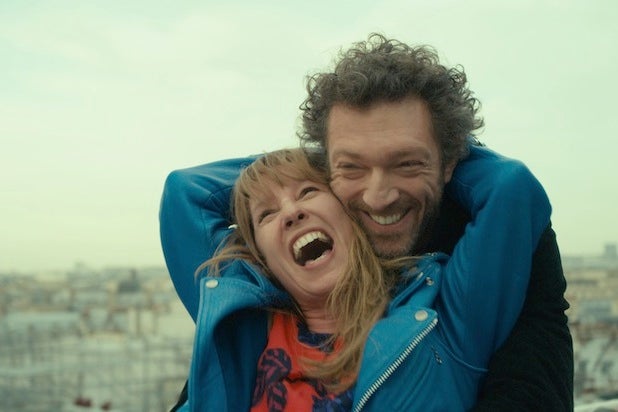 On Saturday, several of the standout films in Cannes were named after female characters, even if they were made by men: “Carol” “Amy,” “Mia Madre.” So on Sunday, it was time for one of the two competition films directed by a woman to kick off the day at the festival.

A histrionic take on relationships (sometimes effectively so, other times not), “Mon Roi” is the fifth film from French actress and director Maiwenn, and it stars another actress/director, Emmanuelle Bercot, whose “Standing Tall” opened the festival on Wednesday night in rather disappointing fashion.

The story of a woman recovering from a skiing accident that has wrecked her knee, “Mon Roi” starts with a dubious bit of psychobabble — that an injury to the knee, a joint that can only bend backwards, signifies unresolved conflicts in a person’s past.

Bercot’s character, Tony, scoffs at the suggestion, but it’s pretty much the basis for all that follows, prompting extensive memories of her stormy relationship with Giorgio, played by Vincent Cassel as his usual carefree, charismatic cad.

Maiwenn has said that she was most worried about depicting the couple when they’re happy, and you can see why: a montage of early blissful moments is one of the most awkward and forced sequences in the movie, though it sets up the idea that everything is going to be pitched at a level verging on hysteria. When Tony is happy, she almost seems unhinged — and when things go bad, as they do early and often, the fireworks really fly.

Bercot and Cassel are game, and occasionally Mainwenn effectively sketches the way small pleasures can hold people together despite the emotional wreckage around them. But it’s all rather wearying over the course of more than two hours; before long, many viewers may well be as exhausted by this couple as the friends who keep telling them to call it quits.

“Mon Roi” will certainly have its defenders, maybe even on the jury – Maiwenn’s previous film, “Polisse,” was the unexpected winner of Cannes’ jury prize four years ago. But on the whole, its emotional sound and fury just doesn’t signify enough to put the film on a par with the many highlights of this year’s festival.