“More Than Robots” is a sports film like you’ve never seen before.

Sure, it has teams and there is some fierce competition. But instead of a ball that is being passed around, “More Than Robots” follows groups of high school students who quickly assemble robots (sometimes, like Tony Stark before them, out of junk they found in a drawer), create custom programs that control the robots and then enter their robots into battle. (It’s not exactly battle; the FIRST Robotics competition depicted here is loosely “Star Wars” themed.) It’s pretty awe inspiring. And the kids are a ragtag, “Bad News Bears”-y outfit, no matter where in the world (there are two teams detailed in Los Angeles, as well as one in Mexico and one in Japan). It’s inspired and inspiring, odd and (occasionally) oddly emotional.

And bringing together this symphony of technology and team spirit is director Gillian Jacobs. Jacobs is a super talented, in-demand actress (she starred on six seasons of “Community” and recently appeared in Netflix’s terrific “Fear Street” trilogy of films) and she’s just as amazing behind the camera. If you saw her episode of “Marvel’s 616,” a documentary series on Disney+, you know what we’re talking about.

TheWrap spoke with Jacobs about what brought her to the project, what moved her the most, and what impact the Kurt Russell Disney hockey movie “Miracle” had on the film. 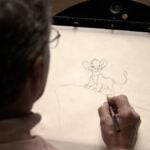 How did you get involved with the project?

Seven or so years ago I directed a short documentary about this woman named Grace Hopper, who worked in computing. And that sparked this whole interest that I have in STEM. Even though I don’t really know anything about STEM, I don’t have any technical knowledge. I just have developed this curiosity about it. And kept going interviewing people in that world and sort of expanded into various other aspects, beyond just computing.

And so, as a part of that I had interviewed a FIRST Robotics team years ago, but it was for a print publication and I never met them in person. I didn’t get to see the robot, but I knew what the competition was. And I did an episode of a documentary series for Marvel called “616.” I had a great time doing that with my producer, Jason Sturman.

And coming out of that, we were trying to think of another project to do. When we heard that Lucasfilm was sponsoring the 2020 season of FIRST Robotics, I was like, “Oh, I know FIRST, I know this.” I have this sort of baseline knowledge of the world of STEM or things around it. And I thought it was really compelling and interesting, and so that was the circumstances that led to this film.

It was surreal. It’s surreal to have a Lucasfilm logo on your project. I mean they were amazing partners in this. Clearly they really love and believe in FIRST Robotics. They see this connection there between what that program is trying to do and the larger, very expansive ideas of Lucasfilm and “Star Wars.” Even though there isn’t a direct connection between “Star Wars” and FIRST Robotics, I think that they both appreciate each other. Lucasfilm was an amazing partner in this and very supportive to me and it was great. Not something I was expecting. I really didn’t expect yes so that I would be directing a documentary for Lucasfilm.

This is a documentary but it’s also a sports movie. Did you look at any sports movies while making the movie?

But we also have the challenge of, with just about any other sports movie, there’s a baseline of knowledge for the audience of what the sport is. For us, it was also this experience of having to figure out what was the essential information that an audience needed to know. Giving them that so they’re not confused, but not so much that they get lost in the details of it. That was really something that we had to hone and craft over the edit, was how explain this very complex game.

The movie has sort of an unexpected climax, with the first competition essentially becoming the big finale because things got shut down. How did the pandemic impact things and how lucky were you to have all that footage?

Yeah, that was supposed to be just our first time shooting a competition. And we were supposed to film all the other teams at their competitions and then go to the World Championships. I am so grateful that we had two cameras rolling and that we got all the footage that we did. Then it really became, rather than that being a point along the story, it really became about crafting those matches in that competition, because it is the only time we actually get to see the robots in action. It shifted probably where it would’ve been structurally in the film, its overall importance in the film. But what became the third act of the film as the world changed, I think, you started to see what all the adults were talking about in the first two acts, the kids putting into practice. And so that was unexpected for me to see such a real-world example that these students were really listening to what all the adults were saying about the principles of this competition, and your place in the community. To see them on their own, without prompting, they weren’t told to do this. They sat there and thought, “We have these skills, we have these resources, we have tools. How can we help?” That shifted the whole film. 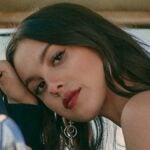 Another unexpected element of the film: Dean Kamen, who seems like the rare eccentric billionaire who is actually optimistic and genial.

I think it’s pretty amazing that he and the late Woodie Flowers did this, that they wanted to do this. That he’s devoted so much of his life, his time, his energy, his resources to this. And the thing that I find most remarkable about this whole program are those principles that I think really distinguish it from any other competition or sport, which is about helping other teams, that you’re supposed to lend a tool or help them fix their robot in a competition. And finding yourself within the context of your school and your community. All of that I just find to be really amazing.

I already thought it was fascinating that these high school students were building robots in the matter of weeks, I was already engaged. I thought it was amazing. But then when I found this whole other component of the competition, that’s what really hooked me.

What was your main takeaway from this experience?

I’ve probably said the word a bunch already in this interview, how inspiring it was to see these kids at that young age already be thinking about themselves in their community, how they can help, how they can use these skills that they’ve gained to help other people. And that’s what I loved.

I think about Mariana from the team in Mexico City, practicing her speech in the mirror and wanting so badly to do a good job, and really pushing herself outside of her comfort zone. And trying new things and challenging herself to do something that she never thought she could do. And just this sense that she’s being cheered on by the people on the team. And she’s surprising herself and she feels like she’s making a difference. You’re just in awe getting to see that.

I felt the goosebumps even just telling you that. It was a really special experience.

“More Than Robots” is on Disney+ now.