Devotees of French film history approaching “My Donkey, My Lover & I” should discard any ideas they might have about the historical use of that particular animal as a symbol of spiritual suffering.

The gently amusing and emotionally slight latest feature from director Caroline Vignal (“Girlfriends”) does indeed involve an unhappy woman and a donkey that serves as her de facto confessor, but the similarities to Robert Bresson’s “Au Hasard Balthazar” end the moment Patrick the donkey shuffles into frame. He’s a recalcitrant sort, a bit too stubborn and much too loud to sacrifice himself for the sins of humanity.

Antoinette (Laure Calamy, “Call My Agent!”) knows a little bit about those sins. She’s a single schoolteacher in the throes of a starry-eyed affair with Vladimir (Benjamin Lavernhe, “The French Dispatch”), the married father of one of her students. She’s certain they’re going to spend a full week out of her summer holiday together and is subsequently shocked to learn that he’s as fully committed to the quotidian reality of a vacation with his wife and child as Antoinette is to the romantic fantasy that she’ll ever get more than stolen moments from her secret love. 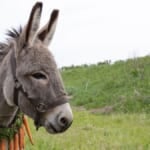 Setting antics in motion, Antoinette sets her mind to comedy-stalking the family in the Cévennes mountain range, signing up for a strenuous hiking tour and renting a donkey for the duration. The presence of animal cuteness involves cultural precedent, of course: famed Scottish writer Robert Louis Stevenson, pining for his own lover (and future spouse) Fanny Osbourne, wrote “Travels with a Donkey in the Cévennes” after an 1878 journey through the same mountains for similarly heartsick reasons. Antoinette takes a copy of the book along with her, yet falls asleep reading it.

Deep in the misery of longing, Antoinette’s obsession with Vladimir’s text silence — there’s little to no cellphone signal in the mountains — takes priority over the hike itself. She’s disinterested in the staggering vistas surrounding her, even as Vignal and cinematographer Simon Beaufils (“Knife + Heart”) allow the audience to luxuriate in the buzzing, sun-soaked beauty. She’s determined to be with her man above all else, even if she has little idea what she’ll do when she crosses his path or how she’ll convincingly lie about the unlikely coincidence to his wife, Eleonore (Olivia Côte, “Call My Agent!”). 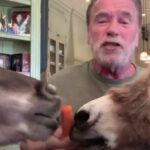 Not that any of this involves real tension; Vignal never allows the tone to veer into fraught emotional territory. Antoinette’s self-absorption exists in the context of a summer holiday film, a staple of French cinema, one that allows chatty characters with the means to get away to a gorgeous location the opportunity to stretch out and wait for the world to spin them toward happy endings (see: Any Éric Rohmer film set in July).

Ill-considered romances and their attendant betrayals are equally indulged, hearts are gently bruised, wine is poured and minor existential crises are sidestepped. In keeping with this luxurious tradition, “My Donkey, My Lover & I” is less incredible journey than breezy stroll. The sun is never obscured by clouds, the mood bounces back from inconvenient emotions as quickly as they rear their head, and Matei Bratescot’s brightly overbearing score never lets you forget it.

Though the film never bothers with plumbing the depths of romantic conflict and despair, Calamy delivers a balanced, winning performance (for which she was awarded the César for Best Actress) as a woman blinded by love and lacking the worldliness to protect herself from her lover’s carelessness. As written, it’s a broad, somewhat shallow role that Calamy tackles gamely, even as it involves the physical comedy of being dragged on the ground by a runaway donkey, and dares audience sympathy with actions that read as naïve, petulant, and selfish. 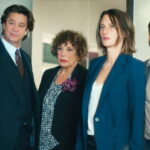 Also Read:
‘Call My Agent!’ 5th Season and Spinoff Movie in the Works

The lover on the side is another French cinema staple, but Antoinette acts like she’s the first person in history to step into the muck of a no-win affair. Shocked that the increasingly aloof Vladimir isn’t on the same page, she turns to Patrick, her hiking companion and luggage rack, as a therapist, talking his uncomprehending ears off, inventing the answers she wants to hear.

And as all around him, the two-legged creatures compete for the title of most lovelorn, disillusioned, heartbroken, and callously sex-driven, it’s the donkey, that most put-upon of mammals, who walks away with the film. Patrick’s sullen gaze suggests he knows he’s on the clock, working for tips during the tourist season, his stunning, decibel-shredding bray the perfect rejoinder to human foolishness and self-pity. Most importantly, he’s the occasional raucous stand-in for the always silent universe, listening without judgment, and looking adorable while letting his employer dig her own way out.