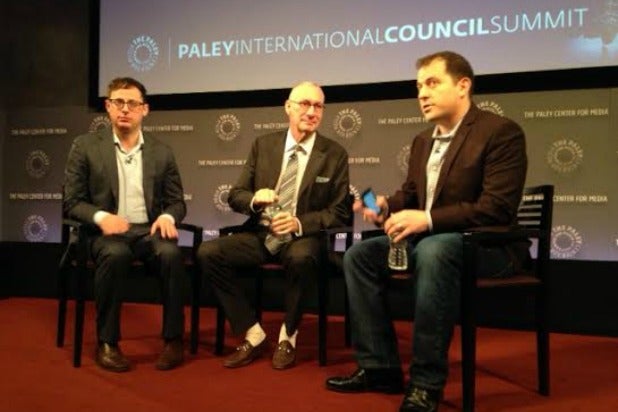 In their first appearance together since Skipper hired Silver from the New York Times in July, Silver said he won’t succumb to using search engine optimization tricks to lure readers.

Also read: Nate Silver’s Knock on ‘Double Down': ‘There’s Absolutely No Self-Awareness in the Book’

He says he sees too many misleading, SEO-optimized headlines on other sites.

“We’re not in the business of trying to use analytics to do clever headlines for stories that may or may not matter,” he said at the Paley Center’s International Council Summit Thursday in New York.

Readers feel burned when they see a pageview-grabbing headline, and that reduces a site’s value. FiveThirtyEight, which will focus generally on sports, politics and the economy, will be more data-driven, like his New York Times blog that called the 2012 election.

“Our metric is long-term, how many consumers do we draw in,” Silver said. “There is an undersupply of this type of content in the market.”

(Pictured above, from left to right: Silver, Skipper, and Kafka.)

Skipper said neither ESPN not ESPN.com run stories for the sake of drawing audiences, and that both are trying to build a consistent fanbase.

“I don’t want anyone to spend any amount of time trying to devise a feature to get a certain audience,” Skipper said. “We wold never decide to do a story because we think it would get more viewers.”

He also said he has never asked about the number of clicks an ESPN.com story has received.

Moderator Peter Kafka of AllThingsD asked Skipper if Silver’s site will be allowed to say “the bubbleheads on ESPN are wrong” about a given story.

Kafka also asked Silver about the latest staff exodus from the Times. Silver and Skipper noted that the paper has lost prominent staffers before, but always perseveres.

“You were in the news yesterday because the Times hired a staff to replace you,” Kafka told Silver.

“It took a whole staff to replace Nate? We got a better deal than we thought,” Skipper said.

Silver said that while it’s “validating” that the Times is investing in data-driven journalism, the paper is “a little bit in the rearview mirror for me.”