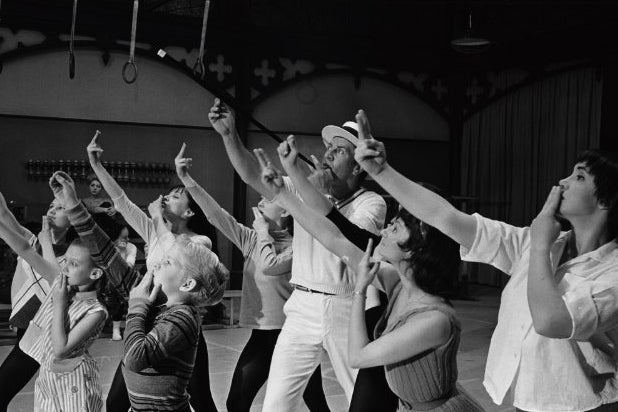 NBC has a live production of “The Music Man” in the works — the network’s most-recent attempt to bring a stage musical to the small screen.

The order follows 2013’s uber-successful “Sound of Music Live,” which scored 19 million viewers. NBC had previously ordered a live version of “Peter Pan,” which will air on Dec. 4.

Competitor Fox is also getting in on the stage-on-screen action, recently announcing its own live TV adaptation of “Grease.”

Also read: NBC Holds for Applause at Upfront, and Gets Some

The 1957 “Music Man” production follows a con man who comes to a Midwestern town with a scam using a boy’s marching band program, but things don’t go according to his plan. The stage show won five Tony awards.

A 1962 film adaptation, starring Robert Preston and Shirley Jones, won the Oscar for Best Music and was nominated for Best Picture. It won the Golden Globe for Best Motion Picture – Musical.

In 2003, the production was remade as a TV movie starring Matthew Broderick, Kristin Chenoweth, Victor Garber and Molly Shannon. It was nominated for five Emmys.

NBC does not yet have an air date set for “The Music Man.”