Netflix led Nielsen’s Weekly Streaming Top 10 in the week of June 6-12, with “Stranger Things” holding onto its top spot and the streamer’s basketball drama film “Hustle” — starring Adam Sandler — coming in second, followed by The CW’s syndicated “All American” in third. Prime Video’s “The Boys” followed behind, with a consistent viewing of just under a billion minutes viewed.

In the week prior, “Stranger Things” posted a viewing record, becoming the most-watched program in one week. Despite dropping 41% in viewership, it still notched 4.2 billion viewing minutes and took the top spot on the Overall list. The show now holds three of the top five weeks recorded since the inception of Nielsen’s streaming rankings.

“Hustle” was streamed with 1.2 billion viewing minutes. In terms of demographics, about a quarter of viewing came from Hispanic homes and 18% from Black households; viewership was fairly evenly split among 18 to 64-year-olds, with the highest concentration in the 35-49 age group. 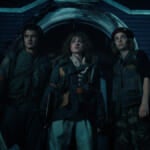 “All American” held just over a billion viewing minutes, following its fourth season release at the end of May. The football drama, which features a predominantly Black cast, had the second-highest concentration of Black viewers at just over a quarter, following behind Netflix’s “First Kill.”

HBO Max’s “Friends” rose by a quarter during this interval, to a total of 433 million viewing minutes. Also on HBO Max, “Fantastic Beasts: The Secrets of Dumbledore,” the latest film in the “Harry Potter” universe, remained on the Movies list at No. 5.

According to Netflix’s Top 10 during the same period, all seasons of “Stranger Things” held the top four spots. The English show ranking was followed by “Peaky Blinders” Season 6, “First Kill” and “All American” in Nos. 5, 7 and 9, respectively. 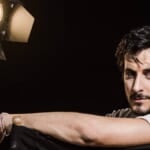 Also Read:
‘The Boys’ Breakout Tomer Capone on How His Audition for the Show Almost Got Him Arrested