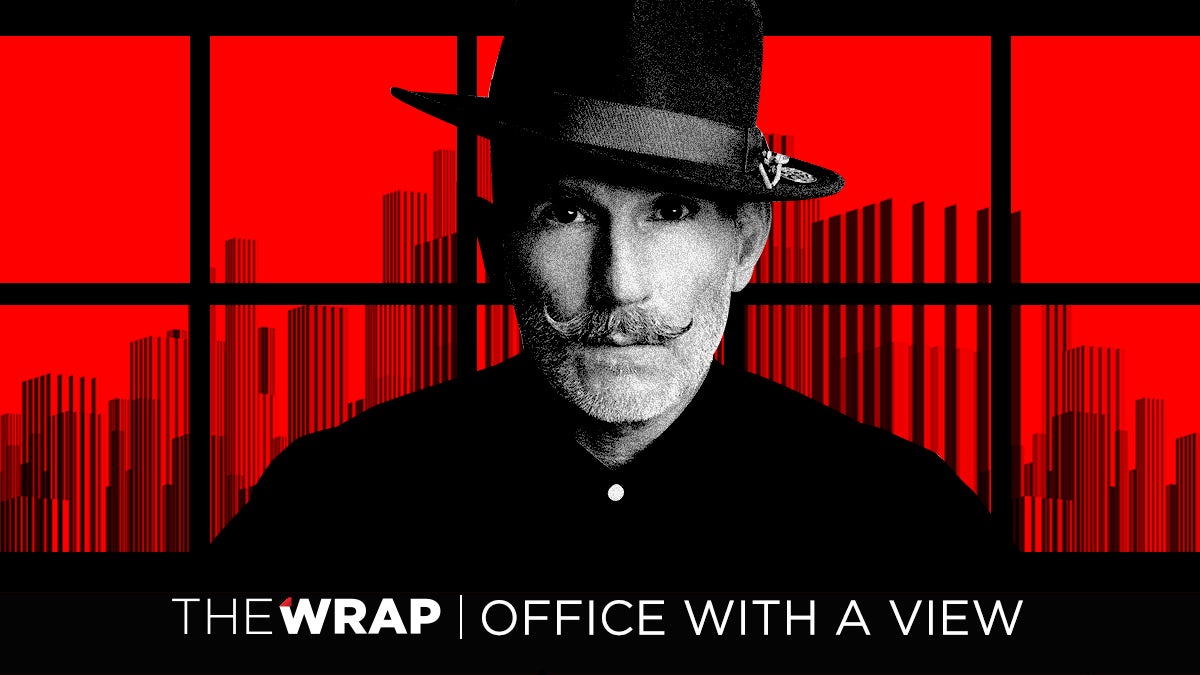 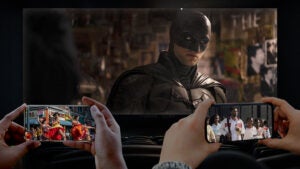 Can Movie Theaters Move Past the Blockbuster-or-Bust Era?

Office With a View: ”We’re actually not as niche as you think we are,“ Scout Productions’ Chief Creative Officer Rob Eric tells TheWrap

In his 18 years at Scout Productions, Chief Creative Officer Rob Eric worked on the original culture-redefining “Queer Eye” series on Bravo and its 2018 Netflix relaunch, as well as the voguing competition series “Legendary” on HBO Max, which returns for Season 3 on May 19.

“The buzz that is around Scout right now is fantastic. We worked a long time to put that out there,” Eric told TheWrap for this week’s edition of Office With a View.

Eric serves as executive producer on all Scout Productions projects, along with co-founders David Collins and Michael Williams, and oversees creative strategy and artistic execution at the company, which aims to “put microphones in front of voices that don’t often get heard,” he said.

His current projects include HBO Max’s streetwear competition series “The Hype,” the LGBTQ documentary series “Equal,” the reboot of ABC’s fantasy competition “The Quest” for Disney+, an unscripted Amy Poehler series for Peacock and an as-yet-unnamed reality series with Kristen Stewart. 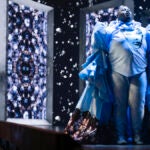 “We have a lot of celebrity-driven stuff that’s coming in the next six months. What makes me really proud is the amount of celebrities that have come to work with us. They tell us, ‘We want to work with you because if we’re going to go into unscripted, we want to be proud of what we’re doing,'” Eric said.

Streaming has let Scout amplify talent and communities that were harder to represent in a linear TV world. Last year, the company added a documentary division, which Eric said is “killing it right now” with projects like a Peacock doc about beloved children’s TV show “Barney & Friends.”

Below, Eric details how Scout Productions decides what projects to take on, the change in the market as streaming blew up and why he wouldn’t define the company’s projects as “niche.”

What questions do you ask when you’re deciding to move forward on a show?
Every project we look at and we say, ”Is this a Scout show?” We built our brand to have what we call “chocolate-covered spinach.” It’s entertaining, socially conscious shows. And it has to feel like the Scout brand. We always talk about being funny and how funny can go hand in hand with not just entertaining, but also having and pushing a conversation forward about something. So you see that with our shows, like “Queer Eye” and “Hype” and “Legendary.” It just has to feel like us, and then [we ask what’s] our version? Scout’s version of a dance competition? That was “Legendary.” That’s the way we look at all of our programming. Is this Scout and are we putting forward [projects] into a very content-driven world that we’re very proud of?

How would you describe your brand, in a few words?
We tell stories that are omnicultural. We’re three gay men that run this company. I grew up during the ’80s and ’90s when it was not cool to be gay. And then when we did “Queer Eye,” that put a microphone in front of voices in a reality setting that you were able to tell a unique story and to get people to understand you a little bit more.

Is it easier to sell new series now versus when you shopped “Queer Eye for the Straight Guy”?
No one ever thought that a show called “Queer Eye” [would become a pop culture phenomenon], particularly in 2003. We didn’t have gay marriage, there was a lot of heated debate about LGBTQIA lifestyle. Once that became a hit, everyone was like, “We want our ‘Queer Eye.'” And remember, in 2003, we were still in terrestrial television. Your real estate was so limited. [Now with streaming, there is] endless real estate. Then it got a lot easier, which is why right now we’re very busy.

What was the point when you realized streaming was completely changing the business?
When people were talking about “Queer Eye for the Straight Guy” in 2003, we were like, “Oh, they know about us.” Then in 2018, everyone was talking about us on a much larger scale. You felt the impact in a much stronger way. You didn’t have to explain to people, “Well, the show is about five gay guys…” They knew it already.

I grew up at the advent of the Internet, and at the beginning, no one said, “Well this isn’t going to last.” It just got bigger and bigger. Streaming is the same way. Early on, we were like, “This is the way to express ourselves across multiple platforms with unlimited content with unlimited audiences.” 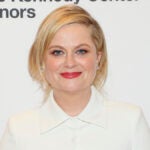 Streaming has expanded audiences for what used to be considered a “niche community.” Do you consider yourself “niche”?
Ten years ago, if you were a “geek” or a “nerd,” that was a niche community. And then you look at the success of Marvel and you go, “Oh, maybe not so niche.” The more you start to tell a story — and [the first] “Queer Eye” did this — people start to come out of the woodwork and express themselves, because they’re seeing representations of themselves. So “niche communities” are only “niche” because you don’t know about them.

Ballroom is another perfect example. You could call it a niche community, but it’s been around for 60 years. And the ballroom community, because it was so marginalized and considered niche for so long, they have an open door policy. So that world just gets bigger and bigger when you open the doors wider and wider. I never feel like a “niche” person, because we continue to make shows that are actually not niche. When you marginalize, you’re creating the niche community. We’re not. We’re actually not as niche as you think we are.

Is Scout scaling up to meet increased demand or do you want to stay at a certain size?
We have increased our content. Our content output is really big. I take in an enormous amount of work and I give every project that we have the same amount of passion. That’s why we’re picky with what we do. We don’t want to do shows that don’t make us proud. Everybody during the pandemic has been saying, “Oh, I can’t wait to get back to work.” We produced eight shows during the pandemic. We have a docs division that we launched about a year and a half ago and is killing it right now.

You scale as you increase. We have worked with people for so long that we bring them in now. And as we grow, we’ll continue to do that. Scout is such a family and it’s such a vibe for us, that we know right away that that’s a Scout person. We know their aesthetic, we know they’re creative, we know they want to live up to the same expectations that we live up to as a company. And our teams and our producers stick with us for a really long time because we listen to them and we let them flourish creatively.

What’s the impact of having more production companies in the pool when it comes to pitching projects?
It doesn’t make it harder or easier. If I go to the movies and it says “Marvel,” I know what I’m getting. I hope people know what they’re getting when they get a Scout show. It is going to be unique, and interesting. RealScreen just announced their top 100 U.S. companies and we were right at the top. That is so heartwarming for us, because we work really hard as a team of artists. I wake up every day and, I know this sounds corny, but I get to do what I love. I get to create every single day. There’s more of us, definitely, because content is everywhere. But if you stick to it and you’re true to your brand, then people know what they’re getting. 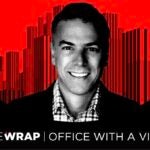 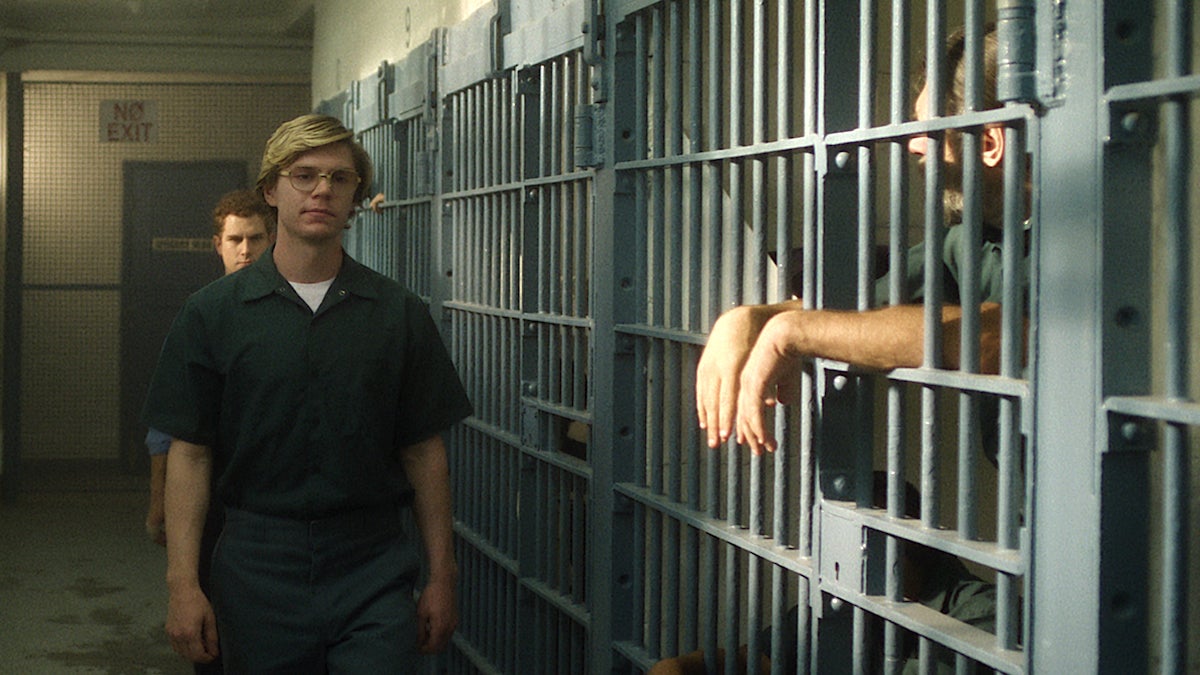 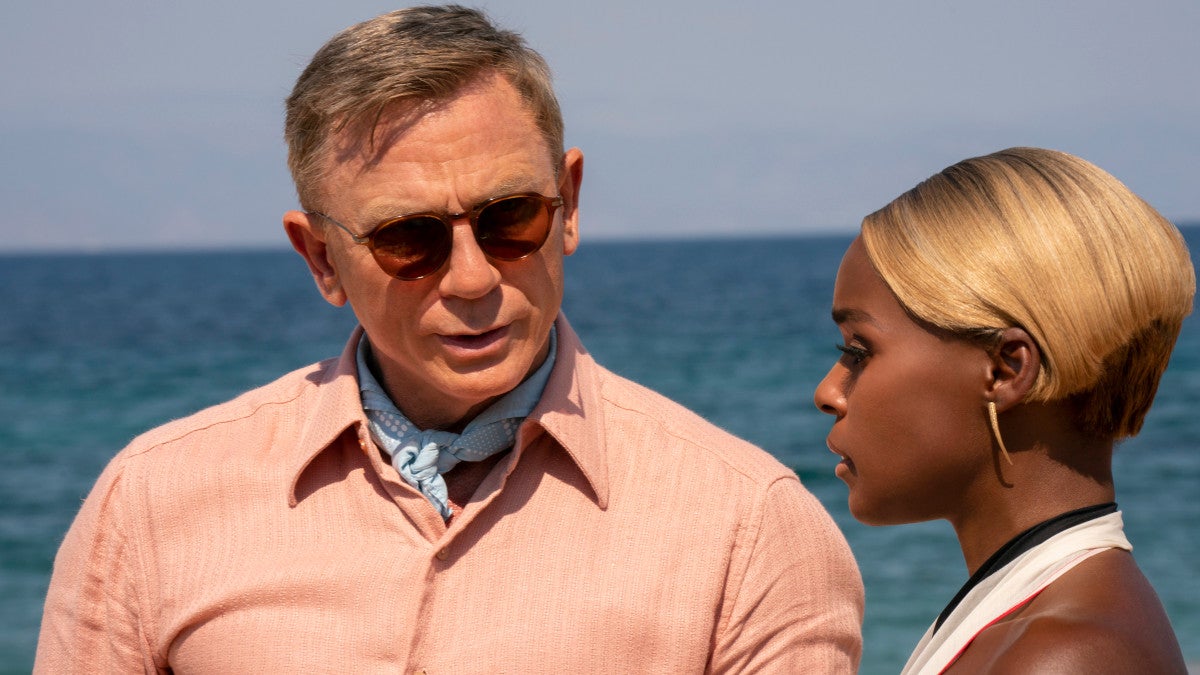 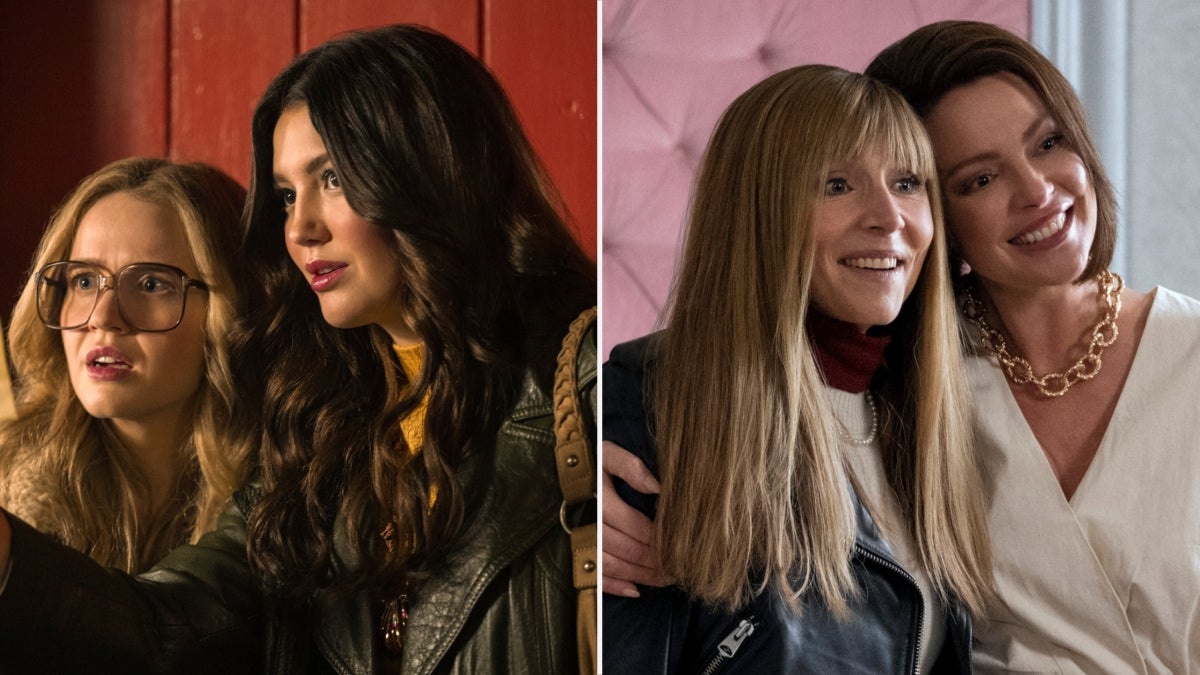 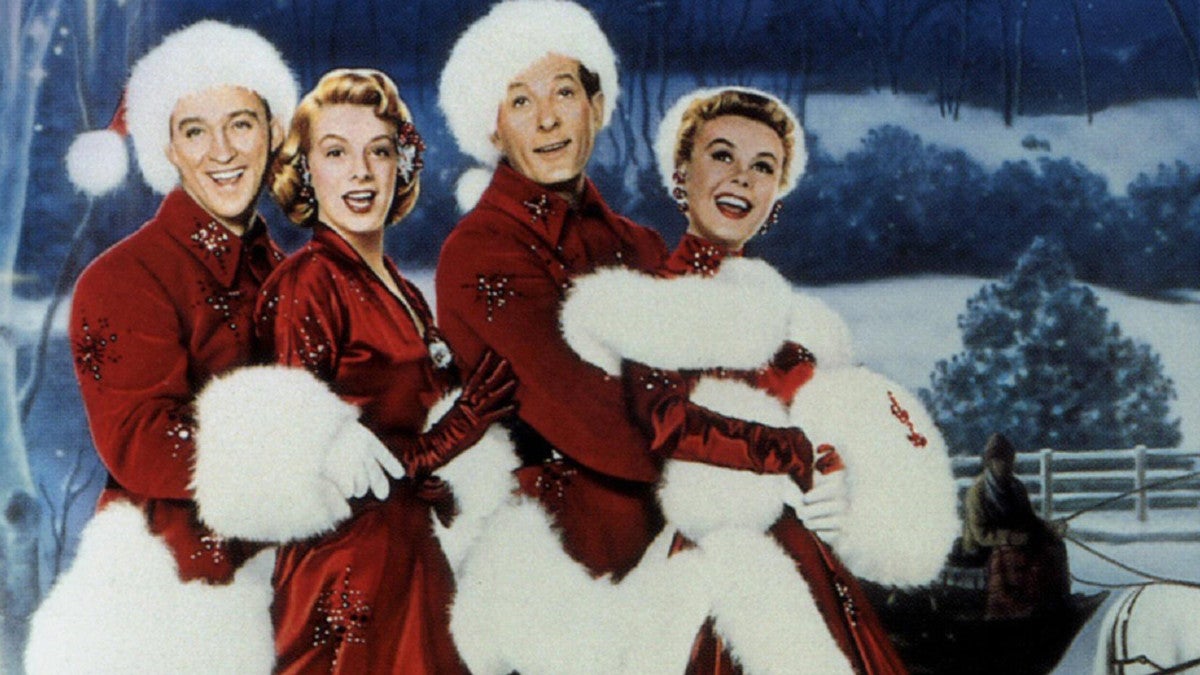 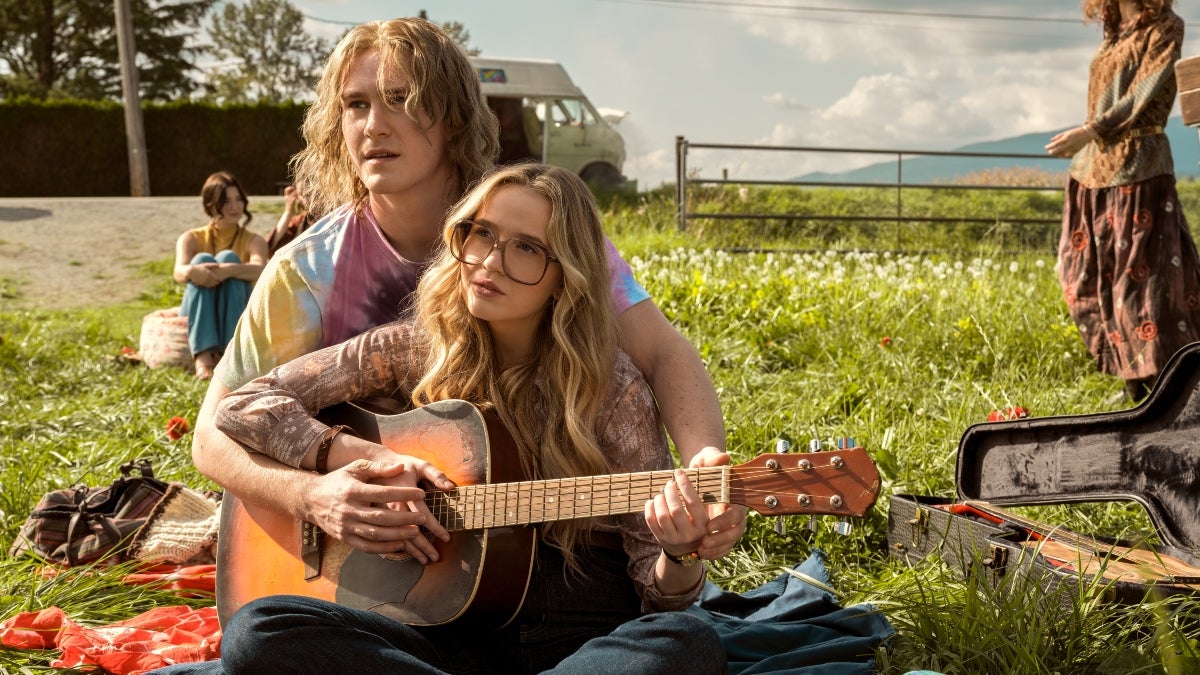