GEI participants will receive on-set production training and job placement across multiple Netflix productions in both the U.S. and Canada in 2022. The partnership follows GEI’s efforts that placed eight entry-level production assistants in various departments on Reynolds’ Netflix film “The Adam Project” in Vancouver in 2020.

The individuals worked in below-the-line PA positions in camera, construction, costume, makeup, production design, production office and VFX. And after the success of the job placements on that film, other additional projects Netflix and GEI partnered on included “White Noise,” “You People” and “Leave the World Behind.” 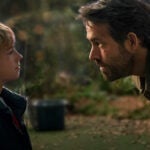 Partnering productions for 2022 have already kicked off in Long Island and Los Angeles. This partnership is part of Netflix’s Fund for Creative Equity, an effort to help create more behind-the-camera opportunities for underrepresented communities within the TV and film industries.

“We started the Group Effort Initiative a little less than two years ago to create a pipeline for underrepresented voices in our industry. Its growth has exceeded our wildest expectations and it could not have succeeded as it has without the unwavering support of Netflix. What started on the Adam Project will now expand to many more Netflix productions. We thank Scott Stuber and the entire team for their commitment to inclusion. We won’t let you down,” Reynolds and Lively said in a joint statement.

“At Netflix, we believe more people deserve to have their lives reflected on screen and that starts with the important people behind the camera,” Scott Stuber, Head of Global Film, said. “We are thrilled to partner with Ryan and Blake to create opportunities for the next generation of creatives who will shape the future of the entertainment industry.” 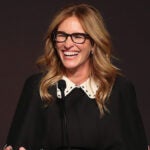 GEI was founded in 2020 through their companies Maximum Effort and B for Effort. In June 2021, they merged with Los Angeles Mayor Eric Garcetti’s Evolve Entertainment Fund, which was a public-private partnership to build career pathways into the entertainment business for women, people of color and low-income Angelenos. The merger helped expand the reach of the program to be both nationally and globally. They’ve since placed 159 full-time jobs and 673 paid internships and served over 1,000 participants to date.