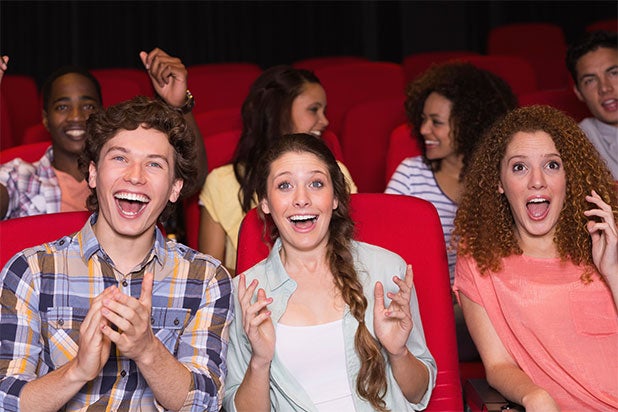 Our box office trends series has taken us through the highlights of the theatrical business today and some of what the future has in store. In our last two posts, we discussed some potential ideas that could help curb the problems faced by exhibitors, but neither flexible ticket pricing nor the Screening Room in-home viewing proposal is likely to be the savior. This post focuses on what we believe is the most promising idea for the movie industry: subscriptions.

Many of us already subscribe to entertainment services, such as cable TV, broadband, Netflix/Hulu/Amazon Prime Video and Spotify/Pandora/Apple Music/SiriusXM. We also subscribe to wireless carriers for our mobile phones, newspapers, magazines, gyms, wine clubs and amenity services like Dollar Shave Club and meal services like Blue Apron. The list goes on and on.

But why, exactly, are subscriptions so popular? Consider the following:

Many subscriptions are content-based, and movie theaters offer some of the best content on the planet. But could a monthly subscription for all-you-can-watch movies in the cinema work in the U.S.?

Actually, “Netflix-for-cinemas” is not a new idea. It is already a proven model in the U.K., where the theater chains Cineworld and Odeon offer monthly subscriptions for $20-30 (about £16-20), depending on whether you are in central London or not.

Here is the ad for Odeon’s product, Limitless: 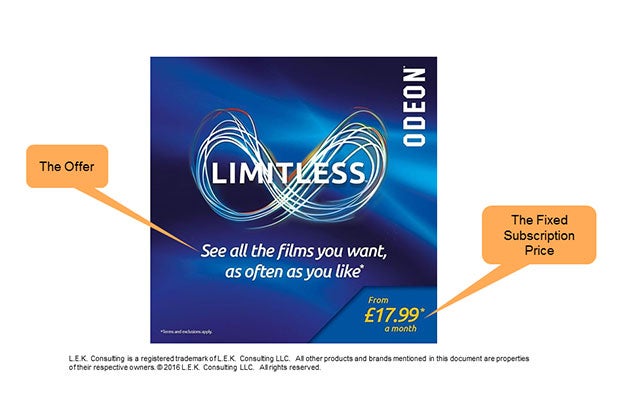 Limitless and similar subscription services generally provide the following benefits, among others:

If cinema subscriptions work in the U.K., why not try them here in the U.S.?

We know consumers would sign up. Not only has proprietary L.E.K. consumer research found support for the idea in the U.S. but a movie subscription would address problems that consumers have: 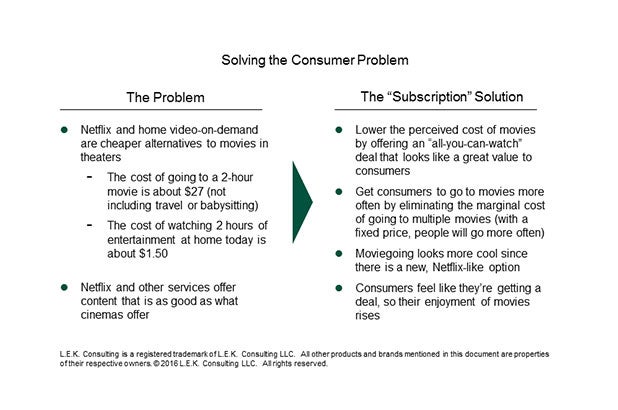 This model would also solve studios’ problems with the industry, so studios would be likely to welcome subscriptions: 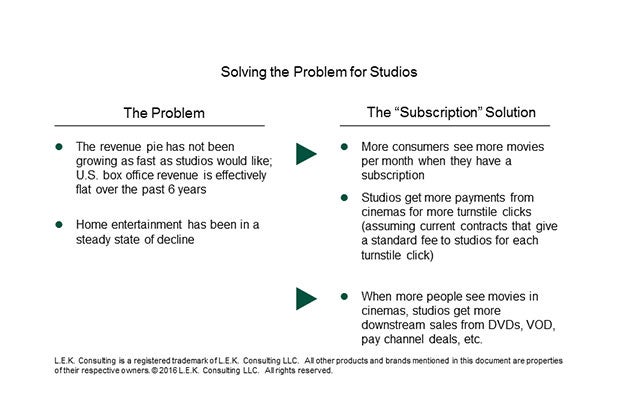 Of all the industry stakeholders, exhibitors should be the most receptive to cinema subscriptions. Subscriptions would alleviate some of the pressure of competition and benefit theaters more than any other player: 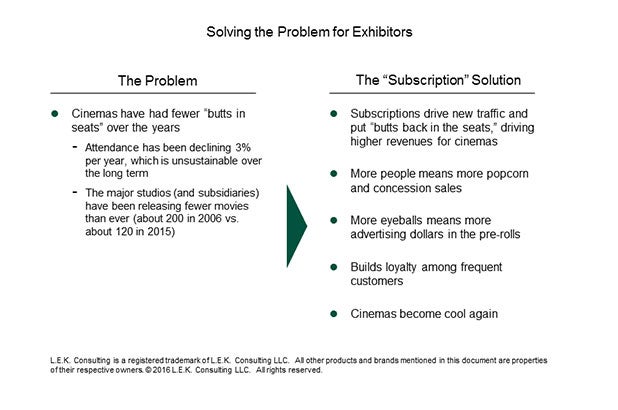 Of course, there are issues to address, but these issues have already been solved in the U.K.

Perhaps the most important factor in subscription services’ success is pricing. If theaters’ monthly fees are too high, consumers will not buy in; if they’re too low, cinemas get hurt because lots of consumers show up and they pay much less than they did before.

Studios and exhibitors are especially concerned about under-priced subscriptions, which expose them to revenue cannibalization. In other words, studios and theaters would lose revenue by offering a flat-fee subscription service to frequent moviegoers who otherwise would pay full price for tickets.

The same issue is at play with gym memberships, which are profitable because some members go often (the gym rats who work out a lot, resulting in a low cost per visit) and others don’t (the rest of us, who consequently pay a lot per visit). Gyms profit from this phenomenon, which is called “breakage.” Similarly, many cinemas that sell subscriptions often find that members don’t take advantage of their privileges nearly as often as they could, so cinemas also profit from breakage. With proper pricing, CrossFit and others like them have set a good balance that generates great growth with good economics.

Through our research on subscription participation and pricing, L.E.K. Consulting has determined that members who use their subscriptions very frequently get a better deal than they would have by purchasing individual products or services, though other stakeholders experience some revenue leakage.

However, there are many more consumers who purchase subscriptions and pay more than they would have if they had bought individual products or services. As a result, under a cinema-subscription model, there a lot of people who will spend more on movies than they spend today. To be specific, a person who goes to the movies once a month pays just $10 for one ticket. If that person were to buy a cinema subscription for $25 per month, studios and theaters would experience a strong revenue uplift — they would more than double the revenue they get from that consumer.

L.E.K.’s proprietary research, as illustrated in the figure below, shows that there is more leakage with lower price points and there is more revenue uplift with higher prices. 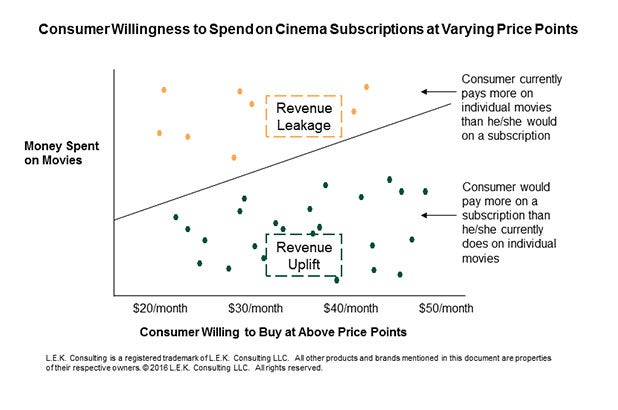 Deployed correctly, cinema subscriptions in the U.S. could generate hundreds of millions of dollars for studios and theaters.

The U.S. movie industry needs only look to at similar operations in the UK for guidance on the following topics, among others:

Perhaps the greatest obstacle to bringing cinema subscription services to the U.S. will be convincing studio and exhibitor executives to cooperate in the rollout of a new initiative, given their general distrust of each other in the past. The industry needs sophisticated market research to model how subscription services will benefit the various stakeholders, as well as a beta test or pilot in a few cities to prove the economic feasibility and get the relevant parties to buy in. And, of course, planning for the logistics of membership.

Without question, this is hard to do. But in the current environment of declining admissions and strong competition, the risk of doing nothing will be the harder and more dangerous choice.

This concludes our box office trends series. Next week, we will begin examining the TV landscape.

This is the final part in a series on box office trends by Dan Schechter, Gil Moran and Michael Kaufman from L.E.K. Consulting’s Media, Entertainment & Technology consulting practice.