In the new featurette for Netflix’s “Wednesday,” which dropped Wednesday, executive producers and co-showrunners Miles Millar and Alfred Gough insist their spinoff series is not a duplicate of what’s come before.

“It’s very important to us that it wasn’t a remake or a reboot — that this was a new chapter in Wednesday Addams’ life,” Millar said.

“This is really a show about exploring her journey into adulthood,” Gough added of the beloved character, first originated by Lisa Loring in the ’60s sitcom “The Addams Family,” and later made iconic by Christina Ricci in the 1991 reboot film of the same name.

The three-minute clip, which includes behind-the-scenes glimpses of the production process and sit-down interviews with the cast and creators, teases Wednesday’s signature deadpan personality, as expertly delivered by star Jenna Ortega. 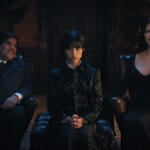 “When I look at you, the following emojis come to mind: Rope. Shovel. Hole,” Wednesday menacingly says to a character who can only be described as the direct opposite of her — a blonde in a colorful sweater.

“It was really important to me that I did something different, even though she’s been done so flawlessly in the past,” Ortega said. “She’s a bit more socially awkward; there’s a confidence there, but it’s more concealed.”

To prepare for the part, Ortega enlisted in fencing and cello lessons twice a week and mastered a walk that’s fitting to the gothic character in order to nail her “physicality.” 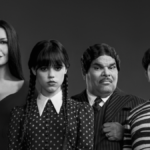 For the EPs, there would be no “Wednesday” without Ortega, with Burton likening the “Scream 5” star to a “silent movie actress” in her capability to convey emotions wordlessly. And even though Ortega said that she was “nervous” to do the part because she was keen to do it “justice,” it was important for her to bring representation to the character in a way that hadn’t been done before.

“Wednesday is technically a Latina character and that’s never been represented so, for me, anytime I have an opportunity to represent my community, I want that to be seen,” she said.

The series is described as “a sleuthing, supernaturally infused mystery charting Wednesday Addams’ years as a student at Nevermore Academy, where she attempts to master her emerging psychic ability, thwart a monstrous killing spree that has terrorized the local town, and solve the murder mystery that embroiled her parents 25 years ago — all while navigating her new and very tangled relationships at Nevermore.” It will debut on Netflix this fall. 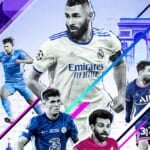