“We made some progress with management during our bargaining session yesterday, but there is one big sticking point: Our demand that @nytimes use our trans journalists’s correct names on past and current bylines,” the guild tweeted. “Currently, The Times only uses the correct names for work published AFTER an employee transitions. This effectively deadnames them in every piece of previously published work.” 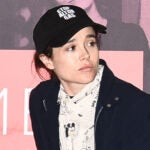 A representative for the Times told TheWrap, “Our practice is to maintain archived articles as they were originally published, and not to retroactively change names in bylines or articles. At a reporter’s request, we would use a new byline on future articles.”

Deadnaming is the use of a transgender person’s birth name. It’s a hot topic in media, though usually criticism stems from outlets using transgender individuals’s prior names in stories. Last December, when actor Elliot Page came out as trans, numerous LGBTQ+ advocacy organizations urged the media covering the announcement not to use his former name, noting that his past credits and awards won while using that name did not justify deadnaming.

To many trans people, using a former or birth name misgenders the person and dismisses their identity expression. While many transgender people legally change their name, it can be difficult (and in some states, costly) to do so, and some people end up going by a different name than the one on their legal documents.

Lambda Legal, a group that works on behalf of the LGBTQ community and people with HIV, has said that even in cases where a subject’s gender identity is integral to the story, “it serves no purpose of integrity to publish a transgender person’s ‘deadname,’ or former name.” The group has criticized the New York Times’ 2020 obituary of Aimee Stephens, a woman at the center of a Supreme Court case about workplace discrimination against transgender people, that had initially included her birth name. It was subsequently removed.

A representative for the Times pointed to their existing style guide for further clarification on the paper’s stance on deadnaming: “Referring to a transgender or nonbinary person’s former name, or deadname, can be seen as offensive and requires a thorough discussion between reporter and editor. In some cases, such a reference may be necessary to provide a full picture to readers — for example, in the obituary of a person known for newsworthy accomplishments under the former name. But generally do not use the name more than once in an article, and ensure that the pertinence is clear to readers. Avoid such references in display and social copy. (The term deadname itself may be unfamiliar to some readers and should generally be restricted to quotations and explained.)”

The guild statement went on, “This puts our trans colleagues in danger. The company is resisting our contract language to correct this safety issue, citing the sanctity of the archives as a reason for this policy. We think the safety of our colleagues is paramount. In a company presentation on our standards, @nytimes says it removes photos & names when the ability to find them online poses a genuine threat in person or online. But management won’t commit to this for our trans colleagues.”

The guild called on the Times to “protect” trans journalists and keep them from “risk simply for doing their jobs.”