“We’re excited to welcome Richard right off the field and onto our ‘Thursday Night Football’ set,” said Jared Stacy, Prime Video’s director of Global Live Sports Production. “Few people are better equipped to give insight into the modern NFL than Richard. Fans will love seeing his big personality and brilliant football mind on display every Thursday night on Prime Video.” 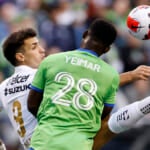 Said Sherman, “I’m beyond excited to start this journey with Prime Video and be part of this incredible crew they are assembling. It’s going to be the start of something truly special.”

The 34-year-old Stanford grad started his career as a fifth-round draft pick by the Seattle Seahawks in 2011. His seven-season stint on the team included their first Super Bowl victory in 2013. Sherman has been named All-Pro five times and was twice nominated for the Walter Payton NFL Man of the Year award. He has also played for the San Francisco 49ers and the Tampa Bay Buccaneers.

Sherman’s addition to the Amazon TNF crew follows a troublesome year for the cornerback on and off the field. 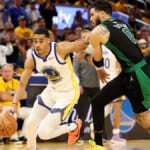 Last July, he was arrested on four misdemeanor counts, including trespassing and DUI.  Sherman later pleaded guilty to two of the charges, was fined $1,500, placed under monitored court supervision for two years and ordered to attend a DUI victim’s panel.

As a free agent, he went unsigned until the Buccaneers picked him up in September. Sherman, who has not retired as a player, was limited to five games with the Bucs because of injury problems.

“Thursday Night Football” will stream live on Amazon Prime and Twitch, as well over-the-air TV stations in the two home markets of the competing teams, starting on September 15. 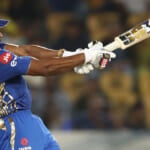