When addicts lead stories, they’re not often heroes, and their arcs rarely stray from Sisyphean struggles against their drug(s) of choice. Those narratives are important in their own right, but it can also be refreshing to see addicts — who are, after all, just people — do something else.

Hulu’s “No Exit,” the second feature from director Damien Power (“Killing Ground”), offers its addict protagonist plenty to do, but it also puts her through an entirely different, at times garishly absurd, kind of hell.

The victim in question is Darby (Havana Rose Liu, “The Sky Is Everywhere”), a cynical young woman in the revolving door of recovery who busts out of rehab in Sacramento when she finds out her mother is dying in a Salt Lake City hospital. Just a few days sober and driving in a stolen car, her nerves are already worn thin by the time she’s stopped and directed to a rest stop to wait out a winter storm. Things only get more harrowing when Darby discovers a little girl tied up in the back of a van at the rest stop and resolves to rescue her. 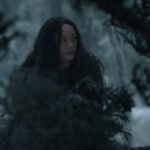 Her fellow storm-weatherers are a motley crew. Nurse Sandi (Dale Dickey) and her ex-marine husband Ed (Dennis Haysbert) are mostly nice, if prone to bicker over Ed’s gambling problem. The twitchy, temperamental Lars (David Rysdahl, “That’s Not Us”) seems an obvious suspect, but another lone male traveler, Ash (Danny Ramirez, “The Falcon and the Winter Soldier”), is a little too charming not to be up to something. Tension mounts as Darby discovers that the kidnapped girl, Jay (Mila Harris, “King Saud”), must be freed soon, or she will succumb to a preexisting medical condition.

This premise promises a taut whodunit, but the script — by “Ant Man and the Wasp” co-writers Andrew Barrer and Gabriel Ferrari , adapting Taylor Adams’ eponymous novel — is more concerned with the grisly aftermath of that unmasking than the (more or less predictable) reveal itself. And what an aftermath it is! As the night unfolds, it turns out identifying Jay’s captor is actually one of Darby’s easiest challenges. She must also find cell reception in the middle of nowhere, withstand some grievous bodily harm, and face down a series of recklessly escalating twists, all while fresh from drug withdrawal. 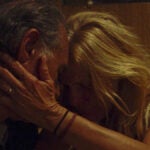 Darby’s addiction, which isn’t a feature of the book, adds depth to the otherwise runaway plot. As she tries to text 911 about the kidnapping, Darby also struggles to respond to her older sister, who has explicitly asked her not to visit their dying mother. It’s original to put an addict in the role of genre hero and exhilarating to see an Asian woman get to play her.

But the mere representation of addiction does not absolve “No Exit” completely. The film paints recovery as burdensome at best, offering little evidence against its nihilistic protagonist’s perspective. The script even has her relapse in order to withstand her unhinged, nail-gun-wielding adversaries and to save little Jay. To have a complicated, even morally bankrupt addict as your protagonist is one thing; to torture her so severely as to paint relapse as a kind of salvation is another entirely.

Darby ends the film in a better place than she does in Adams’ novel, but such a neat ending feels insulting in the wake of such agony. And since we don’t know precisely why she was alienated from her family in the first place, the film’s attempts to mend those relationships feel half-baked. At worst, it sends the message that this addict earns atonement through feats of superhuman strength, thus implying that she does not otherwise inherently deserve compassion as a sick and suffering person. 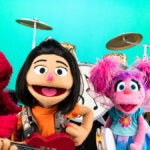 The script also goes off the rails just around the climax, devolving into a series of wacky twists. Stabs at au courant comedy fall flat given the dour stakes. Shocking backstories become an overused device, losing their punch (and their credulity) when it turns out every single character has one.

The filmmaking itself is sound. Liu is spellbinding, and her supporting cast of character actors are game for the script’s insanity. Cinematographer Simon Raby (“Deathgasm”) keeps things zipping along with kinetic camera movements and some fun visual trickery. Though the film takes Darby to hell and back in its scant runtime, it is slick enough not to let the overstuffed script eclipse its many merits. Power knows how to let a scene simmer, and the film is at its best towards the beginning, as we, along with Darby, try to sniff out the kidnapper using little more than keen observation.

“No Exit” is an uncompromising nail-biter that turns the heat up just as you’re starting to sweat. It’s a fortuitous straight-to-streaming watch, perfect for a night of popcorn and yelling at your television, with a novel lead character to boot. But in crafting its genre fun, “No Exit” makes some eyebrow-raising narrative compromises. Just like its characters, waylaid by a snowstorm, your mileage may seriously vary.

“No Exit” premieres Friday on Hulu.