The feature film adaptation of the 2017 Taylor Adams novel “No Exit” is set to premiere directly on Hulu next month. The 20th Century Studios release will debut on the streaming service as a Hulu Original on Feb. 25. The film will also be released internationally as an Original on Disney+ and Star+ on the same day.

The mystery-thriller stars Havana Rose Liu as Darby, a young woman on her way to a family emergency who gets stranded by a blizzard and finds shelter at a highway rest stop with a group of strangers. But when Darby comes across an abducted girl in a van in the parking lot, she must figure out which of these strangers is the kidnappers – before it’s too late. 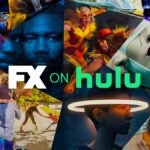 Adams’ novel was optioned by 20th Century Fox in 2017, but production didn’t get underway until June 2021 – after Fox had sold to Disney and become 20th Century Studios. Hulu has now become a new release outlet for 20th Century Studios projects, although “No Exit” was always intended for a Hulu release.