There were a lot of reasons why Octavia Spencer was interested in playing the role of true-crime podcaster Poppy Parnell in the Apple TV+ series “Truth Be Told”: the opportunity to explore a genre that fascinated her, the chance to work with executive producer Nichelle Tramble Spellman (“The Good Wife,” “Justified”) and the opportunity to mix a mystery with a family story, among others.

But when star and executive producer Spencer appeared with Spellman and co-star Mekhi Phifer at TheWrap’s virtual screening of “Truth Be Told,” she and her fellow panelists got particularly excited when she talked about a different reason.

“I would be a fan of this show if I weren’t involved, because we haven’t seen a podcaster or journalists portrayed this way in primetime,” she told TheWrap’s awards editor Steve Pond, and then grinned. “And it’s also my ‘Columbo’ moment!”

And as soon as he heard Spencer mention that ’70s detective drama starring Peter Falk, Phifer burst out laughing. “That’s one of my favorite shows of all time, ‘Columbo,’” said the actor who plays a former cop on “Truth Be Told.” “I’ve seen every single episode in multitudes. I love ‘Columbo!’”

Spellman laughed. “You mentioned that in the audition, too,” she said. “You were like, ‘There’s an opportunity for some ‘Columbo’ here!”

And with that, Spencer began laughing too. “I did not know this, Mekhi!” she said. “That’s my favorite show, ever!” 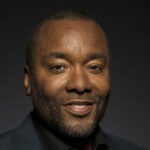 “Truth Be Told” isn’t exactly a “Columbo”-style procedural, but like that classic show it puts a spin on the typical mysteries and true-crime stories that are so common on TV these days – for one thing, it puts the focus on the podcaster investigating and reporting on the story, and on the responsibility that reporting carries.

“True crime is consumed as if the people aren’t real — that their pain is just something that you could eat popcorn and watch, and you’re removed from the actuality of it,” Spellman said. “So by going home with the podcaster and seeing the effects of this investigation on her life, the pressure it puts on her family and the ripple effect, it was a natural way to be able to tell a mystery and a family drama at the same time.”

Spencer agreed, saying she was particularly interested in the show “given what is happening in our society (and) all across the world. How journalism and the truth within journalism is perceived. I think the first time we heard ‘fake news’ it changed the course of history, actually. So to be able to talk about the truth in our show, I’m having a great time. I think it puts the onus on journalists, on networks to have integrity with news.”

The first season of “Truth Be Told” followed the Kathleen Barber book “Are You Sleeping,” in which the podcaster was only a minor figure expanded for the TV adaptation. The second takes the show and Spencer’s character of Poppy Parnell into new territory, introducing Kate Hudson as a self-help guru with a dark past. “I had gone to a speaking engagement of two authors,” Spellman said, “and they mesmerized the audience so much that I thought, wow, if either of those women had like a dark bone in their body, what would this conference actually look like?” 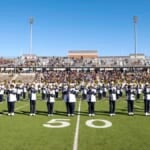 Also Read:
How the Marching Band Series ‘March’ Looked for Black Joy in a Time of Turmoil (Exclusive Video)

The season also finds us discovering dark moments in Poppy’s own past – moments, Spencer said, that she’s glad she didn’t know about when she was filming Season 1. “I like to discover things in real time,” she said. “What Nichelle has always done is give you the information that you need to create your memories, your relationships – but the truth that that we unpack, I’m glad that there’s certain things that I didn’t know. I was able to find out about Poppy this season in real time and, and I got to deal with it in real time.”

“Absolutely,” Phifer agreed. “I want to discover (things) as I’m going on and for it to be organic and as true to life as I can make it, you know? Like you said, Octavia, I, I prefer to be as much in real time as possible, so that I can be right there in the moment and give everything that I can to the scenes and the storyline.”

Watch the full Q&A from TheWrap Screening Series panel for “Truth Be Told” above.