“Jurassic World Dominion” and “The Intouchables” star Omar Sy has been tapped to lead John Woo’s reimagining of his 1989 film “The Killers” for Universal Pictures.

The crime action thriller followed a top-tier mob assassin named Jeffrey, who decides to retire after he accidentally blinds a nightclub singer who gets caught in the crossfire of one of his hit jobs. Before quitting his beloved profession, he takes one last job to pay for her sight-restoring operation, only to be double-crossed. He then teams up with a rogue police officer to set things straight.

Woo, the auteur director of movies like “Face/Off,” “Red Cliff” and “A Better Tomorrow,” will also produce the reboot. Writing partners Matthew Stuecken and Josh Campbell (“10 Cloverfield Lane”), along with as Eran Creevy (“Welcome to the Punch,” “Collide”) and Brian Helgeland (“42,” “Legend,” “Spenser Confidential”) wrote the screenplay. 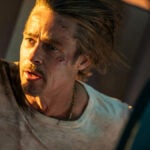 Sy got his break with his award-winning performance in the 2011 French film “The Intouchables.” He’s since appeared in films like “Jurassic World,” “X-Men: Days of Future Past” and “Transformers: The Last Knight.” Along with currently starring in Netflix’s “Lupin,” he recently starred in and produced “Father & Soldier” through his Korokoro production banner. The film premiered earlier this year at Cannes.

He is represented by CAA and Adequat in France, as well as attorney Warren Dern at Sloane, Offer, Weber and Dern. 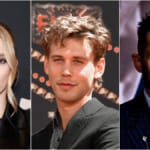