A version of this story first appeared in the “Down to the Wire” issue of TheWrap’s Emmy magazine.

Netflix’s “Orange Is The New Black” is impressive for many reasons, one being its ability to recruit a devout fandom and build momentum with the unpredictable release schedule of streaming TV. Its rich and diverse cast all enjoy their moments, but perhaps none makes for more compelling TV than Uzo Aduba, 34, as Suzanne “Crazy Eyes” Warren.

Unstable, violent, fiercely loyal and terribly misunderstood, “Crazy Eyes” seems to represent an essential truth about all the flawed women in this prison dramedy: perception is not reality, and everyone’s life has a context.

Your character is arguably the most popular on the show. Do you get recognized?
People really now know what I, Uzo, look like. People always seem to be expecting Suzanne, in a jumpsuit, so I used to be able to be more incognito. That’s been very surprising. The new people are calling me by my name — I always think I know the person! Like, “Did we go to college together?” Mostly people just want to talk about how much they love the show.

It’s a crowded show that burns through a lot of story. How do you feel about what they’ve done with Suzanne and her journey?
Well, when I got the job, they said it would be two episodes with a possible third. I’ll never forget it. I had never been on a TV show, so I was just excited. When they told me they were going to keep me longer, I thought they meant the third episode. I had no idea it was going to become all of this.

What I’m thankful for is that it would’ve been easy for [show creator] Jenji [Kohan] and the writers to create and draft a character that feels one-dimensional. Just “crazy, crazy.” Instead I was really grateful that they put something behind her, and something’s always going on underneath her. You discover this is a person who is misunderstood.

Do you ever receive feedback from current or former prisoners?
None that are incarcerated, because I don’t think they can watch Netflix. But I’ve met people who have been incarcerated and who are out now. They talk about the show a lot. Both men and women have said they felt the show came very close to what the prison experience was like. It feels great.

I think we want to maintain the integrity of these inmates. Just because your freedom has been lost doesn’t mean you’re not a human being. The important thing, too, about Jenji is that she’s not wanting to make a comment on the lives of these people. She wants to observe and chronicle. But yes, it feels nice that former inmates feel glad in seeing it.

You attract some really interesting directors like Andrew McCarthy, Nicole Holofcener and Jodie Foster. Do you have any desire to switch sides of the camera?
I would love to. I love to tell stories and write. It’s so funny, because when we were working on the first season, I found myself more interested in what was happening with everyone on the other side of the camera.

You’re a veteran of the stage, but I’m sure the show has opened you up to all kinds of mediums. What projects are you pursuing in between filming?
I’m going after it all, I guess. My interest, really, is in telling stories that haven’t been told before. I have a project I can’t talk about that will hopefully be announced soon, and then I absolutely would go back to the theater. You always go home, even if it’s just for the holidays. I love — not like — I love the theater. 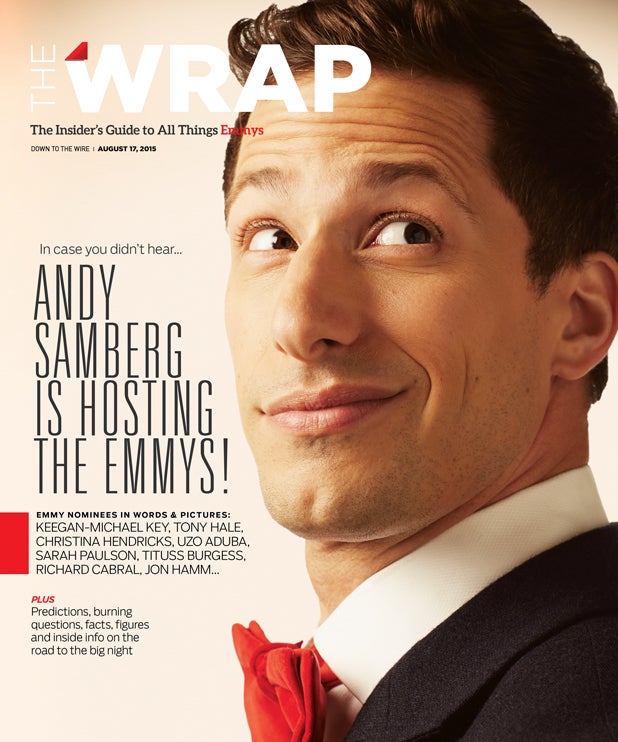