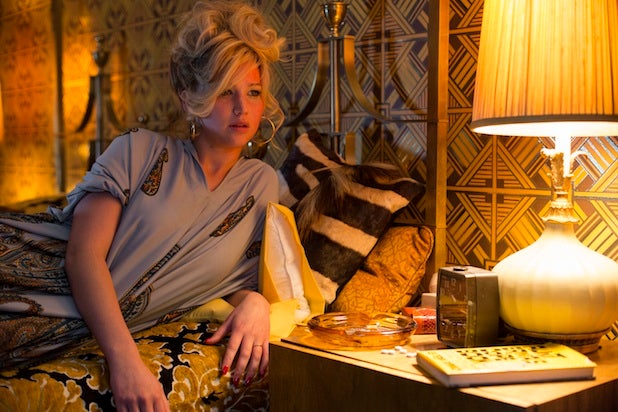 Records, curiosities and trivia from the nominations for the 86th Academy Awards:

With her nomination for “August: Osage County,” Meryl Streep broke her own record as the most-nominated performer in Oscar history. She now has 18 acting nominations.

Woody Allen broke his record for writing nominations with his 16th, for “Blue Jasmine.”

Before landing his first Best Picture nomination with “Gravity,” producer David Heyman was responsible for movies that grossed more than $2.5 billion in the U.S. and almost $8 billion worldwide. He produced the “Harry Potter” series.

Composer John Williams added one more to what was already his record for the most nominations of any living person. His nod for the score to “The Book Thief” was his 49th.

Although Academy governor Tom Hanks lost out despite two chances at a nomination (for “Captain Phillips” and “Saving Mr. Banks”), longtime Academy governor (and chair of the Music Branch’s executive committee)  Bruce Broughton was an unexpected nominee for writing the music to “Alone but Not Alone,” the most surprising of the Best Original Song choices. (He’s not currently a governor.)

At the age of 23, Jennifer Lawrence is now the youngest three-time acting nominee. She was nominated for “Winter’s Bone” and won for “Silver Linings Playbook.”

With her nomination for “Gravity,” Sandra Bullock becomes the second person to be nominated for playing a character who also received a nomination as Outstanding Animated Character in a Live Action Feature Motion Picture from the Visual Effects Society. Brad Pitt was the first for “The Curious Case of Benjamin Button.”

Composer Thomas Newman received his 12th nomination for “Saving Mr. Banks,” though he has yet to win. His family, which includes composers Alfred, Lionel, Emil, David and Randy Newman, now has 88 nominations, a record for any family.

The Best Actress category has by far the most Oscar success, with 38 nominations and six wins between its five nominees. (Streep has almost half of the nominations, 18, though Judi Dench has seven, Cate Blanchett has six, Amy Adams has five and Sandra Bullock has two.

The five Best Supporting Actor nominees, on the other hand, had just two nominations and no wins going into this year. (Only Bradley Cooper and Jonah Hill are past nominees.)

Of the 15 screenwriting nominees, four also directed their movies, and four acted in them (if you could Spike Jonze’s voice-only performance as a videogame character in “Her”).

Italy broke its own record for Best Foreign Language Film nominations with its 28th, for “The Great Beauty.” It has won 10 times, second to France.

Hayao Miyazaki is now the most-nominated invididual ever in the 12-year-old Best Animated Feature category, with his nod for “The Wind Rises” following a nomination for “Howl’s Moving Castle” and a win for “Spirited Away.”

Palestine has been nominated for the Best Foreign Language Film Oscar twice. Both of its nominees were directed by Hany Abu-Assad: “Paradise Now” in 2005 and “Omar” this year.

Albert Berger and Ron Yerxa are first-time nominees for producing “Nebraska.” They would have been nominated for “Little Miss Sunshine” in 2006 except for an Academy rule that capped the number of producers who could be nominated at three; even though the Producers Guild ruled that Yerxa and Berger deserved to be nominated, Academy rules demanded that two of the five producers be eliminated – and as a team, Berger and Yerxa were the easiest way to trim. That rule was subsequently changed, though it wouldn’t have mattered this year: Berger and Yerxa are the sole producers of “Nebraska.”