This story about Padma Lakshmi and “Taste the Nation” first appeared in the Race Begins issue of TheWrap’s Emmy magazine.

As a bona fide “professional food tester,” Padma Lakshmi has consumed pretty much everything you can dish up. (Even duck testicles, to cite one notable example.) But with nearly 18 seasons of hosting “Top Chef” and a bevy of cookbooks under her belt, she still had one thing she wanted to conquer: America. In her addictive Hulu series “Taste the Nation,” Lakshmi literally goes coast to coast, this time in the role of conscientious observer, gently ingratiating herself into the lives of chefs and families—many of them immigrants—in an effort to discover what their food legacies contribute in a larger realm.

“I’m an immigrant and I know what it’s like to live in different immigrant communities,” said Lakshmi, who was born in India but came to the U.S. when she was 4. “The title is a riff on ‘Face the Nation,’ so it’s really a political show disguised as a food show. I love lifestyle shows, but there were enough of them to allow me to do something else in this next phase of my career.” 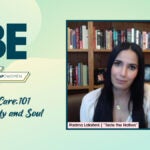 Also Read:
Padma Lakshmi on the Importance of Taking Time for Yourself: ‘Being Busy Doesn’t Mean You’re Successful’ (Video)

The host’s unflappable approach is key in unveiling curious ironies that rise to the surface. Those are most notable in the opening episode set in El Paso, Texas, where she’s with the Trump-supporting proprietor of a beloved local eatery whose staff is comprised of Mexican workers who travel up to three hours a day to work, even while tensions at the border (and anti-Mexican sentiments in the country) are at an all-time high.

“People are people, right?” she said. “I wanted to treat everybody that came into my orbit the same way, because I see the nation as a collective dysfunctional family that is evolving in its struggle to get along. If you can’t talk to people you disagree with, you’ll never grow yourself.”

“Taste the Nation” is not afraid to expose the immediate threats to many of its subjects—climate change, gentrification and overt racism all get prominent screen time. But the series is not a treatise. In fact, Lakshmi is known for her bawdy sense of humor, vibrantly on display in Nation. When she and comedian Ali Wong search for the origins of chop suey in a San Francisco-based episode, she describes geoduck (a tongue-like sea clam) as “phallic…elephantine.”  And in a visit to Milwaukee, she profiles a famous German restaurant called Kegel’s, and yup, you can guess where that chat ends up. “I have no poker face,” Lakshmi said with a laugh. “It was liberating to let myself all hang out, and a lot of my dear friends and family exhaled for the first time knowing that people get to see the person they have dinner and drinks with.” 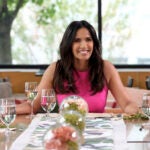 Also Read:
How ‘Top Chef’ Adapted for a New Season Despite a Pandemic, Wildfires and Portland Unrest

The first season of “Nation” was filmed pre-COVID, with lots of affectionate hugging and close family meals. But Lakshmi insisted that the second season, which is already shooting, will not lose that emotional center: “My goal is to keep everyone safe, so there will be some differences, but I hope that the viewer will just lose themselves in the activity that’s happening onscreen,” she said. The host does express concern, though, for the restaurant industry, which has had a harrowing slowdown due to the pandemic; every episode is preceded by a short clip telling viewers how they can donate to struggling restaurants. “I’m not worried about food culture, I’m worried about food people,” Lakshmi said. “I hope when restaurants come back that there’s a more equitable pay structure. I really believe that there should be a $15 minimum wage. I’m worried about those small mom and pop restaurants that disappeared, you know?” But very much in the sanguine tone of the series, she remains optimistic. “A lot of growth can come out of this pain. We’ll move on. We all have to eat, right?”