He said the rumor came from discussions Paramount had with one of its distributors as part of renewing a contract, not a broader strategic decision that’s currently under consideration. He added that his management team is always looking for ways to help the company evolve, and of course will constantly be exploring different paths forward.

“If we weren’t having that conversation, then you should fire all of us,” Bakish said. “I guarantee you we’ll continue to evolve, our product line will evolve, and I guarantee we will continue to work with distributors on what’s best for consumers.” 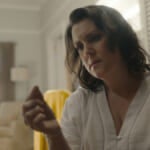 The Wall Street Journal reported earlier this week that Paramount, citing sources familiar with the matter, was planning to shift Showtime content — including the hit series “Yellowjackets” and “Billions” — to Paramount+.

Paramount announced a few weeks ago that Paramount+ would be offering a Showtime bundle to U.S. subscribers at a special, limited time price of $7.99 per month for the ad-supported plan and $12.99 per month for the ad-free package through Oct.2, following which prices will increase. In August, it was also revealed that Walmart+ subscribers would be able to access Paramount+ come September, in the retailer’s effort to compete with the dominant Amazon Prime Video.

Bakish said Paramount’s plan to build out its streaming platforms, which also includes the ad-free Pluto TV, came up in conversations it had with a major TV provider during contract negotiations. The company uses Showtime in a variety of ways in bundling content outside of the U.S.

“The reality is when you talk to partners, you have a much bigger conversation at the renewal point,” he said. “It wouldn’t surprise you that we might want to have a conversation about how do we make our product more valuable to consumers and distributors.” 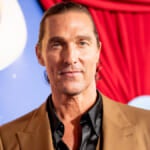 He pointed out the company has come a long way since Shari Redstone approved a number of major strategic decisions to reinvent the media conglomerate under the Paramount brand, retiring the ViacomCBS corporate name and dumping the CBS All Access streaming service. The decisions catapulted Paramount’s streaming ambitions into an industry leader instead of a second-tiered platform.

“People dismissed us a year and half ago, they aren’t doing that now,” Bakish said. Paramount+ added 4.9 million subscribers in the second quarter for 2022, growing to 43 million total paid subscribers and its revenue grew 120%. The growth for Paramount’s SVOD streaming service is impressive after comparing it to the continued loss of subscribers for Netflix earlier this quarter, as well as the Peacock subscribers that stayed flat for the quarter.

Bakish gave investors gathered at the Goldman Sachs conference a bullish declaration: “You’ll see in Q3 that we’ll finish very strong.” He expects much of the same for the fourth quarter — and much of that will be driven by the blockbuster success of “Top Gun: Maverick” that’s become the highest-grossing sequel of all time with a staggering $1.5 billion in box office receipts.

And the Tom Cruise action flick hasn’t even hit Paramount+ yet, where the company projects it will lure new subscribers when it’s offered for streaming subscribers before the end of the year. And it could be timed — or marketed — as the Paramount CEO expects the company will raise prices on Paramount+, with the ad-free tier likely to increase before the ad-supported tier.

This falls in line with big shifts in the studio’s streaming wars. Disney announced its platform will raise prices on the ad-free tier, Warner Bros. Discovery management has also hinted a price changes as Discover+ and HBO Max are combined, and, of course, Netflix is developing an ad-supported plan for next year. 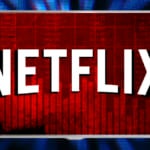