President of Paramount International Studios Raffaele Annecchino has been placed on leave from the company effective immediately, though no official reason behind the move was given.

“Effective today, Raffaele Annecchino, president, Paramount international studios, networks and streaming, is on leave from the company,” Paramount said in a statement.

Representatives for Paramount Global did not immediately respond to TheWrap’s request for comment. 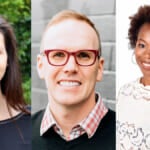 Annecchino will be replaced on an interim basis by a collection of Paramount executives, according to the announcement. These leaders include JC Acosta (president, International Studios, Streaming and Networks for Southern Europe, Latin America, Middle East and Africa); Maria Kyriacou (president, Australia, Canada, Israel, and U.K.); and Mark Specht (executive VIP and managing director, Central and Northern Europe and Asia).

Annecchino has been one of the driving forces behind the continued overseas expansion of Paramount+ and Pluto TV. He is considered a long-time member of Paramount Global CEO Bob Bakish’s inner circle. Yet there remains no word as to why the long-time company man was sidelined.

After being appointed as president and CEO of International Networks in 2020 prior to ViacomCBS’ rebrand as Paramount Global, Annecchino oversaw the company’s media networks outside of the U.S., including both overseas pay-TV channels and broadcast networks. These include Channel 5 in the U.K., Telefe in Argentina, and Network Ten in Australia.

He also oversaw Viacom18, the Indian joint venture that recently landed the digital broadcast rights to Indian Premier League cricket (snatching them away from Disney in the process). Annecchino previously held positions within the company at Turner International, Cartoon Network, CNN, and MTV Networks International before taking over ViacomCBS Networks International.