Paul Greengrass has optioned the rights to “Fairy Tale,” a new novel from Stephen King that just published earlier this month, an individual with knowledge of the project told TheWrap.

Though the film is just at a package stage at this point and has yet to land at a studio, Greengrass is developing the feature and will write, direct and produce “Fairy Tale.” Greg Goodman will also produce.

“Fairy Tale” is a dark fantasy novel from the master of horror as published by Scribner, and it follows a 17-year-old boy who inherits the keys to a terrifying world where good and evil are at war. The stakes could not be higher – for that world or ours – as he journeys into the mythic roots of human story telling, according to the official logline.

Both King and Greengrass also confirmed the news of the feature adaptation. 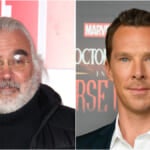 “Needless to say, I’m a Paul Greengrass fan and think he’s a wonderful choice for this film,” King said.

“‘Fairy Tale’ is a work of genius. A classic adventure story and also a disturbing contemporary allegory,” Greengrass added about the novel.

Greengrass last directed 2020’s “News of the World,” a Western starring Tom Hanks that was nominated for four Oscars. Greengrass is also meant to direct Benedict Cumberbatch in a film called “The Hood.”

Just this year, King’s novel “Firestarter” was adapted into a feature, and some of his other shorts and novels including “Mr. Harrigan’s Phone” and “Salem’s Lot.” 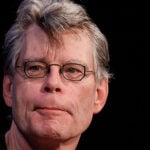