Shea Whigham’s character Paul Strickland will return for the second season of period crime drama “Perry Mason,” but in his new role at the district attorney’s office, he’ll find himself on the other side of a case from pal Perry Mason (Matthew Rhys), HBO announced on Thursday.

The cabler also announced that “Sound of Metal” Oscar nominee Paul Raci is joining the cast as recurring character as Lydell McCutcheon, a “self-made power-player who built Los Angeles along with his fortune, off the city’s vast oil fields.” “Pivoting” star Tommy Dewey will play his son, Brooks McCutcheon, who’s charming but always anxious to prove himself. 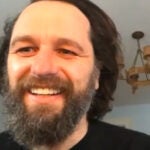 Meanwhile, Perry’s partner Delia (Juliet Rylance) meets “stylish, confident, and witty” screenwriter Anita St. Pierre (Jen Tullock of “Severance”), who “crashes into Della’s world and shows her a side of life and love that she’s been missing,” according to HBO’s press release.

The Season 2 logline: “Months after the end of the Dodson trial, Perry’s (Matthew Rhys) moved off the farm, ditched the milk truck, he’s even traded his leather jacket for a pressed suit. It’s the worst year of the Depression, and Perry and Della (Juliet Rylance) have set the firm on a safer path pursuing civil cases instead of the tumultuous work that criminal cases entail. Unfortunately, there isn’t much work for Paul (Chris Chalk) in wills and contracts, so he’s been out on his own. An open-and-closed case overtakes the city of Los Angeles, and Perry’s pursuit of justice reveals that not everything is always as it seems.”

The premiere date for the second season has not yet been announced. 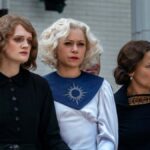 The series is based on the characters created by Erle Stanley Gardner and set 25 years before the popular 1950s TV series that starred Raymond Burr.

Sean Astin is represented by Stewart Talent, Luber/Roklin, and David B. Feldman, Esq. 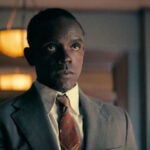