Why are filmmakers so enamored of “Pinocchio”?

Yes, Carlo Collodi’s 1883 tale touches on some timeless themes, like love, loss and lies. But its goal is to teach children by terrifying them. From a modern-day perspective, the concept is weird at best and creepy at worst.

So how come we’re still getting so many versions? There have been at least 65 adaptations, going all the way back to a silent version in 1911 and up to this year, where we have three more in 2022 alone. These variations are rarely successful, and yet new tellers are always convinced they’ve somehow cracked the code. 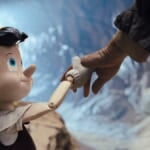 This edition has been kicking around since 2015, with a variety of writers and directors (including, briefly, Sam Mendes) attached. Robert Zemeckis seems like a natural fit for a kid-friendly blend of live action and CGI animation, but jeepers creepers, does his old-fashioned musical feel creaky.

Zemeckis and co-writer Chris Weitz do make some attempt to dust off the concept, but the modernized moments further undermine their efforts. When they add empathy, the story loses its soul. And when they jam in easy updates, it just highlights how out of touch the rest of the script feels. 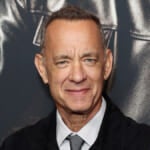 One minute, we get jokey allusions to social media influencers or Chris Pine. The next, a character might in fact say “jeepers creepers,” or “holy moley,” or even “Oh brother, it’s like I’ve dropped into H-E-double hockey sticks!”

These exclamations often come from our tour guide Jiminy Cricket, who describes himself as “bug, boulevardier, flaneur,” and is voiced by Joseph Gordon-Levitt like an extra from “Gone With the Wind.”

Jiminy has taken refuge in a cottage owned by lonely clockmaker Geppetto (Tom Hanks), and is pressed into service once Geppetto makes himself a puppet after losing a son. When the Blue Fairy (Cynthia Erivo) sees Geppetto’s heartache, she arrives to turn Pinocchio (voiced by Benjamin Evan Ainsworth) into an almost-real boy. To make it all the way to humanity, he has to learn to be brave, unselfish, and true. It’s Jiminy’s job to keep him on the right path.

As even the youngest viewer already knows — have we mentioned the 65-plus adaptations? — this is easier said than done. Geppetto sends Pinocchio off to school, but he’s kicked out by cruel kids and a nasty headmaster. This makes him open to exploitation, starting with the sly fox (Keegan Michael-Key) who wants to sell Pinocchio to a traveling show.

These characters do their very best to convince Pinocchio to trade duty for truancy. But among the unexpected choices Zemeckis makes is in sketching a sweet-natured hero who consistently resists temptation. His Pinocchio just wants to go to school, make Geppetto proud and follow the Blue Fairy’s instructions.

So at every turn, adults have to coerce him. He’s an innocent child who is tricked, kidnapped, assaulted and trafficked into forced labor. Even when he admits he enjoys performing and his nose grows, we have no reason to judge him for it. If nothing else, from a modern (or simply humane) perspective, he’s trying to make the best of an egregiously traumatic situation. 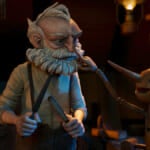 Is this reading too much into a classic? Or does the classic require a new reading? The real issue is that Zemeckis and Weitz want to make a family film with what is frankly unpalatable material for contemporary families. Grim, psychosexual fairy tales like “Pinocchio” can still be effective, of course, if the tellers respect the primal feelings and fears they evoke. But if they hedge with warmth or whimsy, the results curdle quickly.

There are a few highlights, including a typically-genial Hanks, who goes all-in as an elderly Italian widower who putters around and wears a sleeping cap to bed. Luke Evans is amusingly hammy as the Cockney coachman who takes Pinocchio to Pleasure Island and Kyanne Lamaya (“The Dumping Ground”) is sweet as the young puppeteer who befriends Pinocchio.

Some of the songs were pulled from Disney’s 1940 animated masterpiece (back then, Walt understood the assignment perfectly). Others were written by Alan Silvestri and Glen Ballard and are more thoughtfully integrated into the movie. But the originals, including “When You Wish Upon a Star” and “Hi-Diddle-Dee-Dee,” will spark recognition in most children and a bit of comforting nostalgia among their elders.

The effects aren’t seamless either, and sometimes they’re downright awkward; a few clever allusions to other, better movies (including Zemeckis’ live action-animation landmark “Who Framed Roger Rabbit”) do this film no favors. But the visuals are, at least, vibrant enough to keep kids watching.

The bottom line, though, is that we’re talking about a concept that has aged terribly — unless you’re willing to lean into its darkness. With a sincere, consistently conscientious boy at its center, we lose any reason for the story to exist. There’s no vicarious joy when he’s bullied into reluctantly skipping school, or when he’s forced onto a frenetic Pleasure Island that only makes him more anxious. (The 1940 Pleasure Island was awash in cigars and liquor; now Pinocchio shrinks from root beer and a pool game.)

And without the fun, there’s really nothing for him to learn. What was once a childhood lesson has become hypocritical hectoring. How can we connect with the movie when all the adults behave worse than Pinocchio? Even the good ones wind up gaslighting him by pretending that he’s the problem. Not incidentally, this includes the filmmakers (and Disney, for that matter), all of whom are determined to mine the vaults and barrel ahead with a production that just doesn’t work.

The next adaptation on the docket is from Guillermo del Toro, due in December. The trailer is solemn, a bit disturbing and slightly grotesque. Which is, one hopes, just as it should be.