Conan O’Brien, “SNL” star Bowen Yang and “Hacks” breakout Meg Stalter have all joined the cast of the untitled buddy comedy film from the comedy trio Please Don’t Destroy that’s in the works at Universal.

Please Don’t Destroy — which is made up of Ben Marshall, John Higgins and Martin Herlihy — are writing, starring and executive producing the film. And also joining the cast are “The Daily Show” writer X Mayo and “Maggie” star Nichole Sakura. 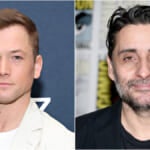 Also Read:
Taron Egerton to Star in ‘Carry On’ Thriller for Netflix and Amblin

In the film, the trio finds themselves in a rut and set off for the adventure of a lifetime when they hear a rumor that gold is buried in a nearby mountain.

Production for the film began in North Carolina in July, and Universal has already set a release date for August 18, 2023.

Conan O’Brien last year concluded his run in late night television, most recently an 11-year stint with “CONAN” on TBS, but he still maintains his podcast “Conan O’Brien” needs a friend. He is represented WME, Pariah and 42West.

Yang in addition to his recent Emmy nomination for “Saturday Night Live” also starred in Hulu’s “Fire Island” and will be seen in Universal’s romantic comedy “Bros.” Yang is represented by UTA, 3 Arts and attorney Isaac Dunham. 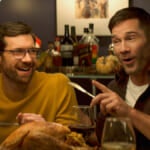 Stalter in addition to her work on “Hacks” is a comic and is in development on “Church Girls” for HBO Max,” in which she is starring and executive producing. She can soon be seen starring in the indie dark comedy “Cora Bora” from director Hannah Pearl Utt. Stalter is represented by UTA, Range Media Partners and Jackoway Austen.