With a good portion of contemporary television obsessed with reboots, reimaginings, and revivals, it’s somewhat odd that that same amount of energy isn’t necessarily given to series that function more as homages and pastiches that also maintain their own singularity. But as writer-director Rian Johnson proves with his Peacock series “Poker Face,” that is arguably a more refreshing approach to the form — using a familiar structure to create a new, unique story.

Johnson has made perfectly clear just how much “Poker Face” series is an homage to classic procedurals like “Columbo,” “Murder, She Wrote,” and “Magnum P.I.,” specifically telling a new “whydunnit” story with each episode that throws back to the ’70s and ’80s but is set in modern day. And alongside series showrunners Nora and Lilla Zuckerman, Johnson absolutely succeeds, to the point that — early on — it’s sometimes jarring to even see a cellphone or a vape pen in the series. The drinking and smoking that permeates the show, not so much, but that is also to be expected of a Natasha Lyonne-led series at this juncture. That’s part of the charm, after all.  In fact, thanks to the ineffable star power of Lyonne, “Poker Face” also captures the other important part of the equation of shows from which it draws inspiration: a charismatic lead solving the case, like a Columbo or a Jessica Fletcher.

Again, the series Johnson has most intentionally compared “Poker Face” to is “Columbo,” and any eagle-eyed viewer will understand that comparison from the opening frames. Like “Columbo,” the opening act shows who perpetrated the crime. The series isn’t hiding anything from the audience, except for how Charlie — in a somewhat Jessica Fletcher-ian “wrong place, wrong time” nature — factors into it, how she’ll bring the perpetrator to justice and why the crime was committed in the first place. 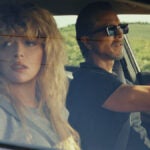 That’s when the series does some non-linear maneuvering, going back a short time before the murder to reveal how Charlie is going to end up being part of it all. “Dead Man’s Hand” sets things in motion that Charlie will have to travel from town to town with every episode, really bringing that old-school syndication vibe to the series (or a less faith-based “Highway to Heaven”-esque storyline); Charlie is in and out of these characters’ lives, making her mark and taking on odd jobs but never putting down roots. It helps that one of her skills is being able to enjoy pretty much any job she has, even if it’s not at all glamorous — and it’s never glamorous. It adds to the somewhat folk hero nature of the character that builds as the season progresses as well, which also speaks to the banjo theme by Johnson’s longtime composer Nathan Johnson that tends to play whenever Charlie is introduced for the first time in an episode.

But Charlie’s main skill is the origin of the title, as she is basically a “human lie detector.” Outside of Lyonne herself, it’s the main draw to the character — the thing that makes her more than just some person sticking her nose where it doesn’t belong. Charlie can always tell when someone is lying, and she also can rarely help herself when it comes to calling out “bullshit.” Literally, as Charlie often finds herself in hot water because 99% of the time, the character can’t help but say “bullshit” out loud when someone is lying.

Immediately, there is the question of whether or not the human lie detector component of the series is too easy or just the right amount of old-school kitschy. (Arguably it’s the latter, as well as a comforting and natural evolution of the USA Network, “Characters Welcome” type of series that definitely belongs in the pantheon of “procedurals that f**k.”) But the series is quick to have Charlie point out that knowing that someone is lying isn’t the same as always knowing the truth or, the most important part to her solving murders, the “why” of the lie. The audience is watching Charlie stumble upon these lies and follow her natural curiosity to get to the bottom of what compelled this person to lie. That’s what makes this type of series a “howcatchem” instead of a “whodunnit.”

And in watching Charlie stumble upon these lies, what’s especially captivating about the character and Lyonne’s work is that it’s not just a matter of wanting to know how Charlie’s going to solve things: It’s a matter of wanting to know how she’s going to get out of the situations that arise once she does. Because Charlie isn’t a cop and she doesn’t necessarily have backup waiting for her when she confronts the murderer(s). She’s not a physical badass or an especially trained type of character. In fact, she truly gives new meaning to the concept of a jack of all trades and a master of none. She can’t convince outsiders to believe things she just kind of “figures,” and once she confronts the murderer(s), the tension there is what they’re going to do to her and what she’s going to have to do to get out of that particular situation. How is she going to win?

Because even though the viewer knows with a case-of-the-week series like “Poker Face” that Charlie will prevail, there’s always the lingering sense that she might not win, that the bad guy(s) will end up getting away with it, either because of the system or just because that’s the way the world works. The ending of each episode never feels inevitable, and Johnson (who directed the first three episodes) maintains that tension throughout the series.

Like Columbo, there’s an inelegance to Lyonne’s Charlie Cale that allows or almost forces the bad guys (filled, as is tradition, by a revolving “who’s who” of guest stars) to underestimate her and think they can get one over on her. Like Fletcher, she’s not a cop, and is thus underestimated. And like Magnum, there’s a sort of redefinition of cool and confidence that Charlie exudes that’s not exactly easy to replicate; if it were, there would be a lot more “Natasha Lyonne-types” out and about in Hollywood.

For that reason and many more, Lyonne, Johnson, and the Zuckermans have made something truly special to watch.

“Poker Face” premieres on Peacock on Thursday, Jan. 26 with the first four episodes, with the rest of the new episodes released weekly. 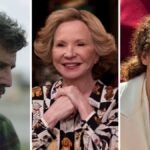