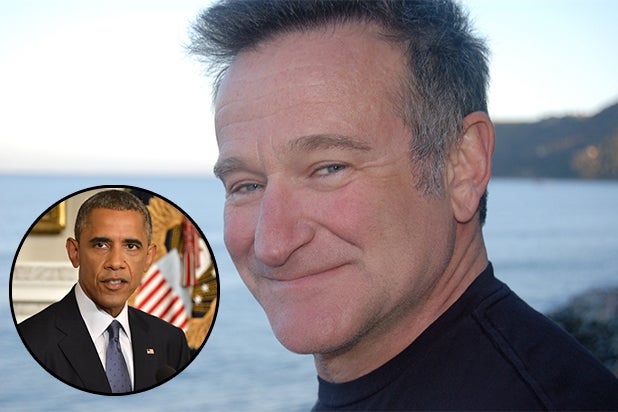 The sudden loss of Robin Williams to an apparent suicide on Monday was felt all the way to the White House.

President Barack Obama has released a statement on the death of the Oscar-winning “Good Will Hunting” actor.

“Robin Williams was an airman, a doctor, a genie, a nanny, a president, a professor, a bangarang Peter Pan, and everything in between,” says the President. “But he was one of a kind.”

The Marin County coroner said that Williams’ death was suspected “to be a suicide due to asphyxia.”

“Robin Williams passed away this morning. He has been battling severe depression of late,” said the comedian’s spokeswoman Mara Buxbaum. “This is a tragic and sudden loss. The family respectfully asks for their privacy as they grieve during this very difficult time.”

Williams, who won the Academy Award for best supporting actor for 1998’s “Good Will Hunting,” is survived by his wife and three children – son Zachary, 31; daughter Zelda, 25 and son Cody, 22. Williams married Schneider, his third wife, in 2011.

Robin Williams was an airman, a doctor, a genie a nanny, a president, a professor, a bangarang Peter Pan, and everything in between. But he was one of a kind. He arrived in our lives as an alien – but he ended up touching every element of the human spirit. He made us laugh. He made us cry. He gave his immeasurable talent freely and generously to those who needed it most – from our troops stationed abroad to the marginalized on our own streets. The Obama family offers our condolences to Robin’s family, his friends, and everyone who found their voice and their verse thanks to Robin Williams.