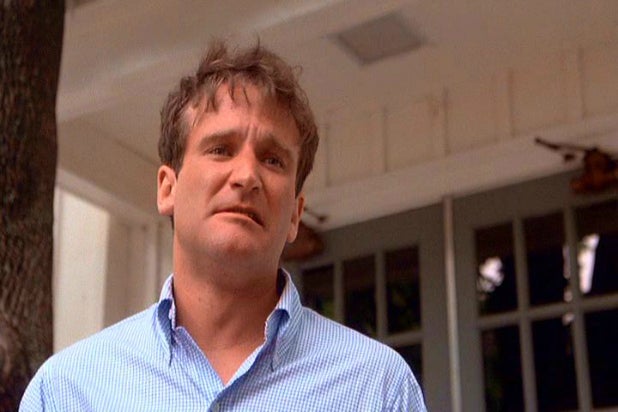 The old adage states that every clown wants to play Hamlet, but Robin Williams was one of the few who did. Granted, he never actually portrayed the melancholy Dane — although he did pop up as Osric in Kenneth Branagh‘s 1996 version — but Williams’ career as a stand-up comedian, sitcom lead, movie star, and occasional stage actor covered an astonishing breadth that rivals that of any contemporary performer.

Most famous for his manic creations like Mork from Ork and Mrs. Doubtfire and the Genie from Disney’s animated “Alladin,” Williams had it within himself not just to embrace darkness and pathos but also to tone his on-screen exuberance way, way down into subtle, minimal performances.

Williams came a long way from his breakout role as alien Mork on TV’s “Mork and Mindy,” the role that made rainbow suspenders a momentarily essential accessory for young Gen X-ers during the late 1970s. His fast-paced, stream-of-consciousness, quasi-lunatic rants were like nothing that network television had ever seen before, and while the show quickly grew stale, it was clear that the small screen couldn’t contain Williams’ talent.

He wasn’t just another stand-up who’d gotten lucky, of course — during his tenure at Juilliard, he was one of two students (the other was Christopher Reeve) selected by John Houseman for the school’s advanced program. And it was that level of dramatic training that prepared him for the greater challenges of the movies.

Williams’ film debut (as a lead) came in 1980 in Robert Altman‘s “Popeye,” a production famously plagued with problems, but Williams committed to the one-eyed, inflated-forearmed sailor rather than merely falling back on cartoonish antics. His real breakthrough occurred in “The World According to Garp,” working with director George Roy Hill to make a genuine Everyman out of the John Irving character.

There’s no mugging in “Garp,” no impersonations, no silly voices, but Williams captures the unique blend of comedy and tragedy in this frustrated writer surrounded by both familial love and societal madness. In many ways, “Garp” represents the apex of Williams’ on-screen work, but it indisputably demonstrated his ability to carry a movie and endear himself to an audience without Mork-ian antics.

Over the course of a varied film career, he would constantly mix it up, balancing somber films like “Insomnia,” “One Hour Photo,” “The Night Listener,” and the upcoming “Boulevard” with mainstream uplift like “Awakenings” and “Dead Poets Society,” alongside broad comedies like the smash hit “Mrs. Doubtfire,” which was all set to spawn a sequel before Williams’ untimely passing this week.

Seeing Williams playing a character could be thrilling, but to watch him as himself, showing up unannounced on a late-night talk show, was equally electric — this was a man who was obviously exploding with one idea after another, leaping from tangent to tangent to tangent, and watching him stick the landing was often breathtaking.

He won an Oscar (for “Good Will Hunting”), two Emmys, two SAG Awards, six Golden Globes, and six Grammys. He co-founded the Comic Relief charity with Billy Crystal and Whoopi Goldberg. And he spent much of his adult life grappling with various addictions.

Robin Williams will long be remembered as a brilliant comedian, the rat-a-tat absurdist who followed Jonathan Winters (a mentor and idol of Williams’) and preceded Jim Carrey. But Williams the actor, and his facility at both the broadest of comedy and the moist poignant of drama, will also play a key role in his legacy.

As Oliver Wendell Holmes noted, “Laughter and tears are meant to turn the wheels of the same machinery of sensibility; one is wind-power, and the other water-power.”