“Pretend It’s a City,” the seven-part Netflix docu-series directed by Martin Scorsese, marks the second time that Scorsese has turned his cameras on Fran Lebowitz, the author, sardonic wit and quintessential New Yorker.

“Marty made a documentary about me, ‘Public Speaking,’ in 2010,” Lebowitz said of that film, which was broadcast on HBO and received a Gotham Independent Film Awards nomination. “And as soon as we finished, he said, ‘Let’s do another one.’ I said, ‘No, what are you talking about?’”

Her reasoning, she said, was simple: “Truthfully, if someone told me that there were going to be two documentaries about one person, and that person wasn’t George Washington, I would say, ‘That’s ridiculous.’ And I don’t want to be that ridiculous person.” 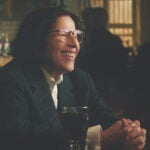 A decade after “Public Speaking,” though, Lebowitz let Scorsese film her again for “Pretend It’s a City,” an Emmy-nominated portrait of New York City based around a series of conversations between the director and his subject, along with archival footage. “Marty likes the idea of having people filming me while I’m talking, stuff like that,” she said. “It amuses Marty. He finds it very entertaining.”

Partly, she figures, this is because Scorsese is used to movies that involve a lot more than just people talking. Between “Public Speaking” and “Pretend It’s a City,” for instance, his movies included “Hugo,” “The Wolf of Wall Street,” “Silence” and “The Irishman,” and he’s currently working on the big-budget western “Killers of the Flower Moon.”

“In the interim, Marty makes 10 giant movies with casts of millions all over the world,” she said. “Right now he’s in Oklahoma with a cast of thousands, apparently including thousands of horses. So obviously working with me is a different experience. And he prefers to be in New York, and we can do this in New York. I’m guessing that’s why he likes to do it.” 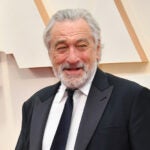 Doing the series in New York, of course, had its own disadvantages. Scorsese, she said doesn’t like to be recognized in public, while Lebowitz herself wasn’t enamored of shooting at crowded NYC landmarks. “We did one shoot in Times Square, swarming with people,” she said. “Then we shot one day in front of Grand Central Station. And of course, Ellen Kuras, the cinematographer, always has to do everything a million times. She would say, ‘That was perfect, let’s do it again.’ One shot was me crossing 42nd Street in front of Grand Central Station, a million cars and trucks and buses going every which way.”

She paused. “I feel that I get not enough credit for being physically heroic. I crossed 42nd Street a million times against traffic, and I am still here.”