“The Princess Bride” actor Mandy Patinkin got emotional in a viral TikTok video, explaining how his famous fight scene and dialogue from the ’80s classic was always meant to pay tribute to his late father who had died of cancer.

Patinkin responded to a woman named @Alaska_Webb who in another TikTok explained that her own dad died in March of this year from cancer and that “Princess Bride” was one of his favorite films. She had read a rumor online that when Patinkin filmed the sword fight scene in which he battles Count Rugen, the six-fingered man, that he was thinking of his father when he recited the line, “I want my father back you son of a bitch.”

The video eventually reached Patinkin, who watched the TikTok along with his wife and became equally choked up in his memory of the moment. 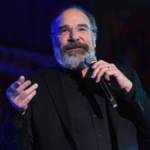 “First of all, your dad is taking care of you. Secondly, it is true. 100% true,” he said in his own TikTok. “I went outside in this castle and walked around. And I kept talking to my dad and I said, ‘Dad, I’m going to get this guy. From the minute I read the script I knew. I said, ‘I’m going to do this part because in my mind, if I get the six-fingered guy, that means I kill the cancer that killed my dad, and I’ll get to visit my dad.'”

You can watch the infamous sword fight scene below, in which Patinkin’s character Inigo Montoya battles Count Rugen (Christopher Guest) and repeats over and over “Hello! My name is Inigo Montoyo. You killed my father. Prepare to die,” all before he finds the strength to strike his killing blow.

“That moment was coming, and when I played that scene with Chris, and then I went back out there and I talked to my dad,” he said through tears.

Patinkin closed the video saying that he wants to pray for the woman’s father and that in doing so, he can talk to anyone even after they’re gone. 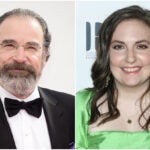 “They make me feel like they’re with me wherever I go, and I’d like your dad to hang out with me,” Patinkin said.

Check out the whole exchange through Mandy Patinkin’s TikTok below:

@alaska_webb thank you for finding us and sharing this! ✨ Sending big love and light to you and yours. More in comments. #grieving #cancer #dads