Martin Freeman, Jacob Tremblay, Julia Butters and Taylor Schilling will play the dysfunctional family at the center of folk horror film “Queen of Bones.” Production is currently underway in Canada.

Directed by Robert Budreau (“Delia’s Gone”) from a script by Michael Burgner, the film follows a widowed violin maker named Malcolm (Freeman) who lives on a remote Oregon homestead in 1931. His life is turned upside down when his twin children Lily (Butters) and Sam (Tremblay) find a spell book in their cellar which reveals that their mother’s death is connected to something that lives in the woods. The siblings decide to do whatever it takes to get their father and his friend Ida May (Schilling) to reveal the truth about what happened. 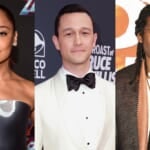 “I am thrilled to be working with such a stellar cast to bring this amazing Depression-era folk
horror script to life,” said Budreau in a press statement.

“We are so happy to be back in business with Robert as director on another film for Productivity Media,” added Productivity Media’s Santor. “He has a great creative voice, and we are thrilled to be on this journey with him and our award-winning and collaborative partners at Appian Way.” 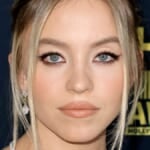 Also Read:
Sydney Sweeney to Star In and Produce Adaptation of Upcoming Novel ‘The Registration’

Freeman, best known for his work on “The Hobbit” films, recently appeared in television series “Angelyne” and starred in the third season of his show “Breeders.” He will soon reprise his role as agent Everett K. Ross in “Black Panther” sequel “Wakanda Forever.” Butters co-starred in “The Gray Man” alongside Chris Evans and Ryan Gosling, and will next be seen in Steven Spielberg’s semi-autobiographical film “The Fabelman.”

“Queen of Bones” is one of Tremblay’s only live-action projects in the works; the “Room” star will soon lend his voice to high-profile animated films like “Wildwood,” “The Little Mermaid” and “My Father’s Dragon.” “Orange Is The New Black” star Schilling featured in this year’s “Pam & Tommy” and is set to voice a character in the AMC+ series “Pantheon.” 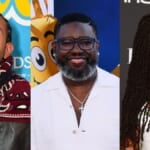