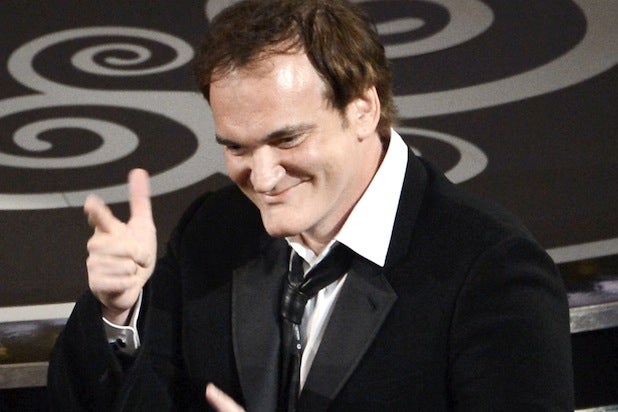 Quentin Tarantino had planned to shoot his next movie, a tense, contained and very bloody Western centered on bounty hunters and titled “The Hateful Eight,” using 70-millimeter stock, a rare and expensive high-definition film, according to a copy of the script obtained by TheWrap.

The movie opens on a sprawling Wyoming vista, and Tarantino sets the scene: “A breathtaking 70MM filmed (as is the whole movie) snow covered mountain range.” But the story quickly shifts indoors, and stays there — in fact, the script reads more like a tense stage play than a sweeping Western film.

Tarantino has angrily scrapped plans to make the movie because the script leaked, and Hollywood assistants are now promulgating a link anyone can use to download a PDF of the script that will no doubt end up online in the coming days. Tarantino accused agents for one of the three actors he had met with for parts — Bruce Dern, Tim Roth and Michael Madsen — though he seemed to suspect it was Dern’s team at CAA.

The script is an ensemble Western with obvious parts for Madsen and Dern, as well as Tarantino stalwarts like Samuel L. Jackson and Christoph Waltz. Jackson and Madsen would likely both play bounty hunters returning human plunder to a town called Red Rock in exchange for hefty rewards. Their characters, a former major in the Union army and a man named John Ruth, dominate the first two of the script’s five chapters.

They run into a Southerner named Chris Mannix on the road, and three of them, along with their driver — a living prisoner and three dead bounties strapped to the roof — arrive at a haberdashery to take shelter from an oncoming blizzard. Yet the proprietors, Minnie, Sweet Dave and her other colleagues, are nowhere to be found. In their place are four men, a Southern general (likely Dern), an alleged hangman, a Frenchman named Bob and a cowboy named Joe Gage.

We won’t say where it goes from there, but Tarantino makes frequent references to it being shot in 70-milimeter, a format recently used by Paul Thomas Anderson in “The Master.” The choice makes a great deal of sense for a sprawling Western, a genre Tarantino was going to revisit after the success of his most recent film (and his first western), “Django Unchained.”

Yet this one is set almost entirely in two settings – a stagecoach and the haberdashery. That is a much smaller canvas than Taratino usually works on, but the bloody, sharply written, typo-filled script is vintage Quentin. There’s a little Russian roulette, some vomit and frequent duplicity.

The five chapters are “Last Stage to Red Rock,” “Son of A Gun,” “Minnie’s,” ‘The Four Pasggengers” and “Black night, White Hell.” Here’s an image of the one section Tarantino crossed out, so as not to ruin anything. Oswaldo is the hangman and Domergue a prisoner. 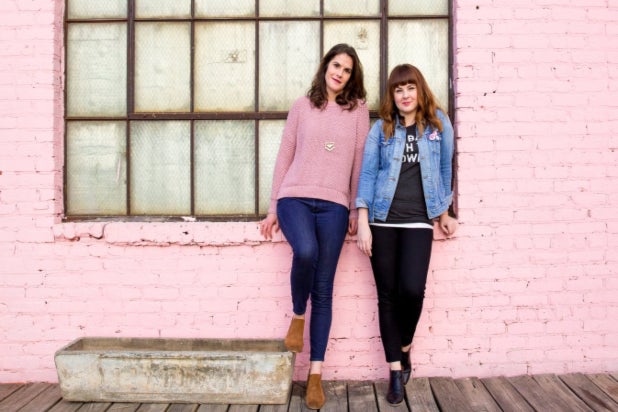