The Peacock holiday release will bring “The Real Housewives” alum to the North Pole in an unexpected crossover of scandal and holiday cheer. Sounds good to us!

When the Christmas Queens of North Pole, Vermont, Trish and Diana get into a friendship-ending fight just in time for the town’s Holiday House decorating competition, a magazine writer capitalizes on the town-wide feud. And yes, the exposé is appropriately titled “The Real Housewives of the North Pole.” 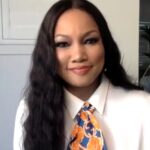 Ron Oliver will direct the film and and Tippi Dobrofsky, Neal Dobrofsky and Spyder Dobrofsky will serve as writers and executive producers. The film is produced by Motion Picture Corporation of America (MPCA), with Brad Krevoy executive producing on behalf of MPCA, alongside Amanda Phillips and Eric Jarboe. Jake Relic, David Wulf and Chris Bongirne also produce. 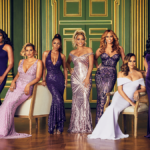 “The Real Housewives of the North Pole” is set to begin production this month in Utah. The film is slated to premiere on Peacock later in 2021.